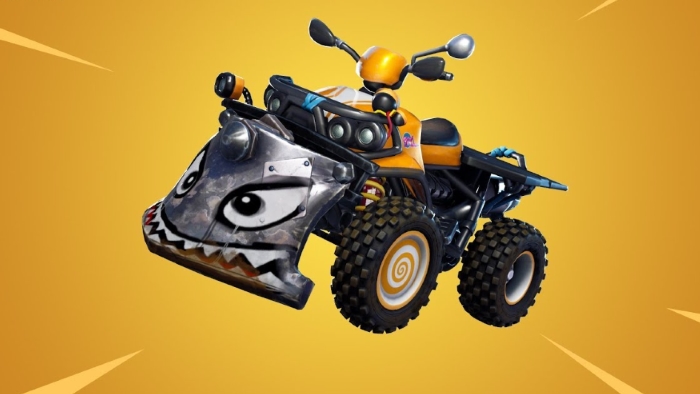 Fortnite studio Epic Games released the latest patch notes for the game’s 6.10 update, adding new content for both Battle Royale and Save the World modes.

The Quadcrasher is a new two-seat vehicle for Battle Royale that allows players to gain boost through driving and plow through buildings while boosting. The vehicle can also launch players into the air by driving into them.

The other new feature for Battle Royale is the option to participate in in-game tournaments from the new ‘Events’ tab in the main menu. Announced earlier this week, tournaments are open to all players and can earn “a golden pin” through scoring enough points for each tournament.

The cooperative Save the World mode has added power level restrictions to all missions to prevent lower level players from accessing high level missions. Playing in a ‘public’ party will take account of the lowest ranked player while playing in a ‘private’ or ‘friends only’ party will take the group leader’s rank instead, so friends can continue playing together regardless of level difference.

The update introduces a new mission alert called Beta Storms, which are experimental ideas that are only available for a limited time. For example, the first Beta Storm is a twist on the Retrieve the Data mission where a storm closes in on the location of the balloon’s location, causing damage to player inside the storm. Epic Games said there will be a quest line for trying out the new mission, though it will end with update 6.20.