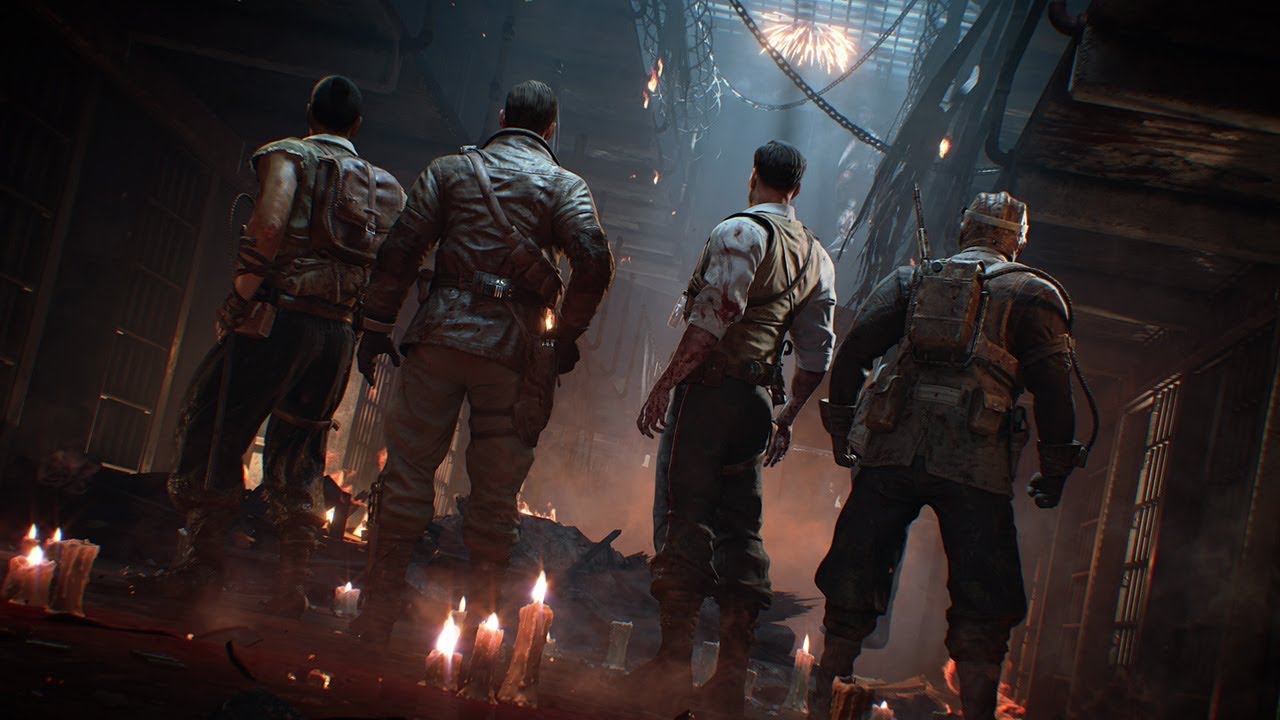 Here’s everything you need to know about how to turn on power in Blood of the Dead in Black Ops 4.

Call of Duty: Black Ops 4 brings some big changes to the series, with the lack of a single player campaign and multiplayer-only focus. Of course, the big news is the addition of the ambitious new battle royale mode, Blackout, pitting at least 80 players against each other on a huge map.

Of course, zombies is still an essential part of Black Ops 4, with three different maps to play through. One of these maps, Blood of the Dead, is a reimagining of the fan-favorite Mob of the Dead from Black Ops 2.

Finding the switches to turn on the power in Blood of the Dead can be a bit tricky, so we’ll help try and walk you through it. There are two power switches you’ll need to activate, with the second being much more difficult to get to.

While we’ll give a walkthrough on how to turn on the power, we won’t be detailing weapon locations. You will be fighting enemies while making your way through the map, so you should be picking up weapons and ammo as you go.

First, we’ll give an overview of the areas and where you need to go to turn on the power in Blood of the Dead, then detail how to get you there.

For the first switch to turn on the power in Blood of the Dead, follow this sequence in order:

Richtofen’s Laboratory is the area you’ll start in, so head forward and go up the stairs in front of you then turn left and go through the doors outside.

Continue straight and go past the burning car, then look to the left corner for a gate, there’s a body strapped to a fence near it. Open the gate and go down the stairs, then turn left into the first door. You should see the first power switch on the wall dead ahead, so flip it on.

First off, here’s the sequence you need to follow for this switch to turn the power on in Blood of the Dead:

From the first switch, turn around and go back the way you came, out the door and up the stairs. Hug the left wall and look for a gate with a sign that says “Catwalk” above it. Open it and continue on.

You’ll be ambushed by zombies, but follow the path until you reach a fork, then take the right path. Keep following it and you’ll get to an area with lava, as Brutus summons zombies in the background.

Go straight down into the trench, be aware you’ll be ambushed by loads of zombies and dogs here. Keep following the path through the small trench and up the stairs.

Keep going all the way to the top of the stairs and enter a room with a few doors. Enter the door immediately on your right. Now, follow this path down until you see a metal door with word “C-D Street” on it. Open and continue in.

Go up the fallen concrete on your right and continue up the stairs. Go through the gate at the top and note the signs that have street names above.

Move past the first street that says “Broadway,” then at the second one “Michigan” turn right and drop down onto the bottom level. Go to the end of the area and look on the left for the sign “Citadel Tunnel.”

Go down and into the tunnels. When you go through the first white door, take a right, and then a left immediately. After that, take your first left and continue into a large room.

Head right and follow the winding path and stairs all the way down. Keep straight and go underneath another sign that says “Citadel Tunnels,” and take a right. Go to the end and through the door on your left, then take a right in the new room.

Follow the path straight and you should see some candles on the floor near a wall. Turn left here and the lighting flashes will illuminate the second power switch against a wall. Figuring out how to turn on the power in Blood of the Dead certainly took some work, but now the power is on and you’re good to go.

As a note, turning the power on will make the warden spawn in the room just behind you, so take him down and get the Warden’s Key to continue on.

There’s exactly how to turn on power in Blood of the Dead in Black Ops 4. For even more tips and guides make sure to search Twinfinite, and take a look at our extensive Black Ops 4 wiki.

Our wiki has plenty of guides on all the game modes in Black Ops 4. We’ve got more multiplayer guides such as how to Prestige, how to change specialists, and how to level up and prestige fast. For Zombies we have guides on how to pack-a-punch in Voyage of Despair, IX, and how to dismember limbs in The Pit. Finally, we’ve got tips and tricks for Blackout, how to unlock all Blackout characters, and how to get merits and level up, too.

Also, here are a couple other guides you might find useful when playing through Blood of the Dead.