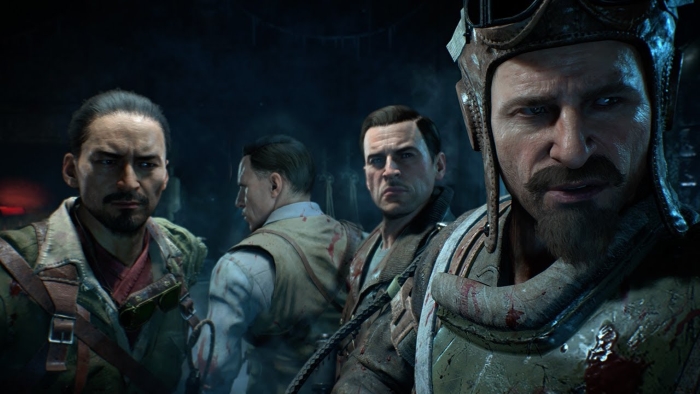 How to Forge a Magmagat in CoD Black Ops 4

Here’s everything you need to know about how to forge a Magmagat in Blood of the Dead in CoD Black Ops 4 Zombies.

Magmagat is more than just a funny word in Black Ops 4. In fact, it’s part of a requirement for one of the game’s many trophies and achievements. For ‘Hot Stuff Coming Through’, you’ll have to forge a Magmagat in Blood of the Dead.

What will this give you for your troubles? A juicy bronze trophy and an achievement worth 15 Gamerscore.

First of all, you’ll need to know what the requirement means. Blood of the Dead is one of the maps that is exclusive to the Zombies mode in Black Ops 4. This also means that the trophy and achievement can only be acquired in that mode.

Blood of the Dead is a reimagining of the classic Black Ops II map Mob of the Dead. It also features returning characters Tank Dempsey, Nikolai Belinski, Takeo Masaki, and Edward Richtofen.

Although your instincts might be to set up your defenses and hold out for the oncoming invasion, that isn’t quite the main goal for this round. Remember, although survival is certainly required, the main objective is to forge a Magmagat in order to earn the Hot Stuff Coming Through trophy or achievement.

Here’s a quick breakdown of how to get the Magmagat in Blood of the Dead in Black Ops 4 Zombies.

Gathering the Components for the Magmagat in Blood of the Dead

In order to forge a Magmagat in CoD Black Ops 4, you’re going to first have to gather a few different components. First thing to note is that the Magmagat is essentially a fully evolved version of the Blundergat shotgun.

You’re going to need one of these for starters, and they can be found in any Mystery Box. Though, keep in mind, you’re going to be at the mercy of the RNG gods and the Mystery Box costs 950 each time you use it.

The first stage of evolution for your newly acquired weapon is the Acidgat. Three different parts are required to upgrade to the Acidgat, all of which can be found in the same locations every time. We’ve listed all Acidgat upgrade locations below.

Getting the Acidgat Components in Blood of the Dead

Before the weapon can be further upgraded to a Magmagat, it has to be turned into the Pack-a-Punch version. Simply place the Acidgat into a Pack-a-Punch machine, and it’ll spit out the Vitriolic Withering. Remember, you’ll need 5,000 points to use the Pack-a-Punch.

The time has now come to obtain that Magmagat. Firstly, head to the Warden’s House and place the Vitriolic Withering into the fireplace by pressing Square on PS4 or X on Xbox One.

Take down a few zombies near the fireplace until all three skulls light up with blue fire. Collect the Acidgat once more, which is now a Tempered Acidgat, indicated by its blue glow. You’ve almost got the Magamagat in Blood of the Dead.

You can check out a screenshot of what the barrels look like below.

The best route we found to get to New Industries without our Tempered Acidgat losing its tempered state was to take the following path.

Phew, you’ve made it to New Industries; your quest is almost over! Place the tempered weapon into the massive green press. Once you’ve done all of that, you’ll have yourself a Magmagat and that Black Ops 4 trophy or achievement that you were after. You can now stick around and have some fun with your newly forged Magmagat, or go straight onto the next trophy or achievement on the list. The choice is yours.

And that’s all there is to know about how to forge a Magmagat in Blood of the Dead in Black Ops 4. For more on the game, including more guides on individual trophies and achievements, be sure to check out our Black Ops 4 wiki. We’ve also included some of our most popular guides for the game down below.