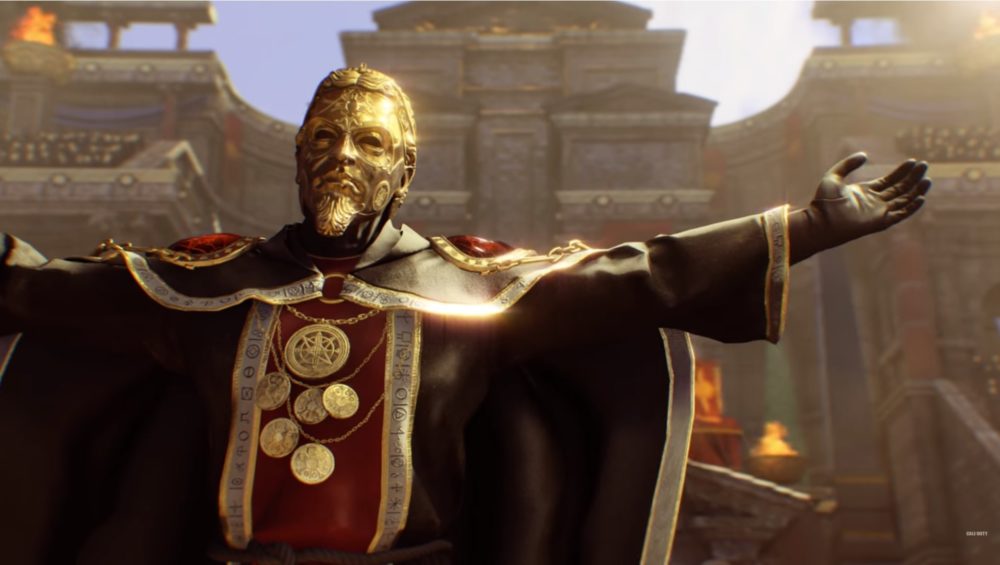 While the Call of Duty franchise is a yearly staple in the household of millions of players across the world, Black Ops 4 might be the first for some. That means that there are those out there who have no idea how the Zombies mode works in the series. It’s dark and gritty, yet comical, exciting and difficult. It’s often purposefully obtuse, too. One question newcomers might have is how to use the illusive Pack a Punch machine. Even more specifically, how to use the Pack a Punch in the new arena level, IX. Here’s how to Pack a Punch in the Zombies level, IX, in CoD Black Ops 4.

IX is one of the four new Zombies levels in Black Ops 4 and it’s one of the most unique. Centered around an arena not unlike the Roman Coliseum, this map is one of the new Chaos storyline maps. The first thing you need to do to unlock Pack a Punch in IX is to beat all four Champions first.

When you first load up into the IX level in Black Ops 4 Zombies, you’ll find yourself in the main staging area of the map: The Arena.  Here, you should see two doors that each cost 1000 points to open.

Head to the door on your right that will take you to Ra Tower: Entrance. Once in this area, look for a staircase and head up it. This should put you in the Ra Alter Room.

In this room, look for a door that costs 1250 to unlock right next to a gong. Hit the gong (press Square on PS4 or X on Xbox One) to summon a zombie champion.

Before doing this though, make sure you’re prepared — this champion has significantly more health than standard zombies and will be tough to take down.

Once you kill the champion, it will drop a zombie head. This zombie head is required, but you’ll need another three first.

Pick up the previous zombie head and unlock the 1250 door next to the gong. Head forward across the bridge and into the Danu Altar Room. Find the gong in this room and again, hit it. Once more, take down the zombie champion and pick up its head.

Find the Danu-Ra Entrance and head left from here until you reach The Collapsed Tunnel. This tunnel will take you to the Fallen Hero statue room.

There will be a door that costs 1750 points to unlock here that will take you to The Pit. Side note: You can get a pretty easy trophy or achievement for Black Ops 4 in The Pit, too. You just need to dismember limbs while you’re in there.

From here, go up the stairs into the Odin Tower until you get to the Odin Altar room. Look for a gong and summon a champion. Kill it, pick up its head and then unlock the bridge in this room.

Fortunately, the last champion isn’t too far away, and you’re just one zombie head away from getting access to the Pack a Punch in IX.

Head across the bridge to get to the Zeus Altar room. Find the gong here, kill the champion and for the final time, pick up the head.

With four zombie heads in tow, take the stairs back down. Go through the tunnel and through the crypts until you find The Temple. You should see four sticks here. Interact with them (Square on PS4 or X on Xbox One again) to place a zombie head on each.

Upon doing so, the pillar-like object in front of you will transform into a Pack a Punch and for 5000 points, you can upgrade your weapon to be more powerful.

Just keep in mind that when you do this to a weapon, its ammo will become more expensive to purchase as a result. Though, you might not need to use as much with the weapon receiving a significant damage buff.

That’s all you need to know on how to Pack a Punch in IX on Black Ops 4 Zombies.

For more tips, tricks, and guides on Zombies, Blackout, and Multiplayer, be sure to check out our CoD Black Ops 4 wiki for tips, tricks, walkthroughs and more. We’ve also included some of our most popular Zombies guides for you down below.