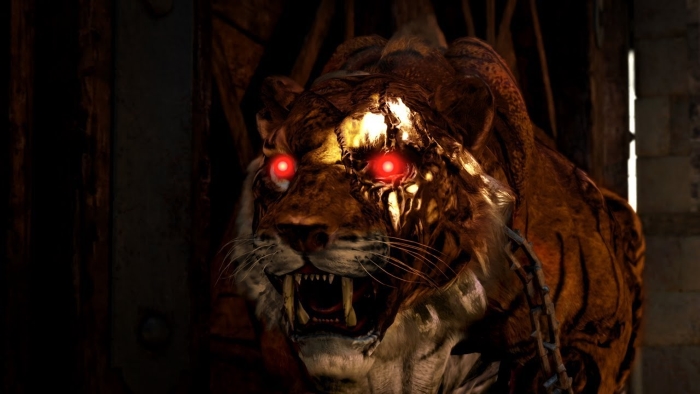 Activision and Treyarch have released a new story trailer for the Zombies mode in the upcoming Call of Duty: Black Ops 4.

According to the trailer’s description, “Scarlett Rhodes is out to solve her eccentric father’s mysterious disappearance. With the help of three loyal outcasts, she’ll fight waves of the undead and uncover a prized relic wielding an extraordinary power that threatens all of humanity.”

The trailer covered two out of the three maps that will be included at launch with luxury ship in the middle of the ocean Voyage of Despair and the Roman coliseum IX. Blood of the Dead, the third map, was not shown in the trailer below, but is a re-imagining of the Mob of the Dead map from Call of Duty: Black Ops II with different characters than the ones from the other new maps.

Call of Duty: Black Ops 4 launches for Xbox One, PlayStation 4, and PC though Blizzard Battle.Net on Oct. 12. The game will offer the three zombie maps, competitive multiplayer, and the new battle royale-styled mode Blackout. The Black Ops Pass, its season pass included in deluxe versions of the title, will add another zombies map at launch with four more in the future, 12 multiplayer maps, and four characters exclusive to the Blackout mode.