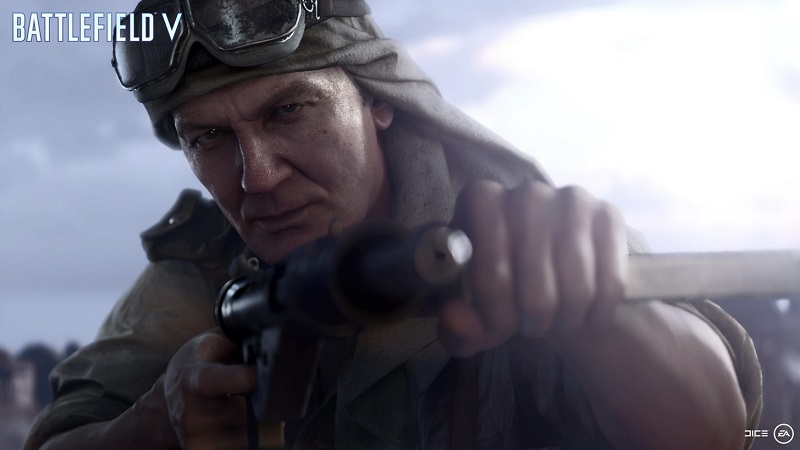 Battlefield V’s War Stories will focus on lesser known sides of World War II, according to a post on publisher EA’s website. As promised earlier this week, the post delves deeper into the approach developer DICE took when crafting the title’s single-player component. Eric Holmes, War Stories design director, stated that the aim was “to make a Battlefield V single-player adventure that would break fresh ground and not rehash familiar portrayals of WW2.”. He continued saying that if the War Stories “veered into the familiar”, the team would want to “subvert it”, giving the example of how the British-focused story follows the lesser known Special Boat Section instead of the more popular Special Air Service.

Battlefield V will ship with three War Stories preceded by a prologue. Nordlys follows Solveig, “a young resistance fighter who learns of a dangerous scheme while rescuing one of her own.”. Not only will she try to disrupt enemy activity, but also save her own mother while managing the constant risk of hypothermia. Although there will be “multiple ways” to complete Solveig’s mission, she favors an approach based on stealth and mobility, similar to that of the Recon class. To that extent, she can employ the use of throwing knives and skis to get around. Tirailleur moves the action from snowy occupied Norway to France, focusing on the Senegalese Tirailleurs as they “fight and liberate a homeland that they themselves had never seen before.”. The story will be told in retrospect by protagonist Deme and pit players against entrenched German Fallschirmjägers, favoring a playstyle close to that of the Support class.

Under No Flag, puts players “in the boots of Billy Bridger, a criminal pulled from a London jail for a chance of redemption alongside a Special Boat Section unit.”. His unit’s task is to cripple a Luftwaffe base found in the desert, 500 miles behind enemy lines. Favoring a playstyle akin to that of the Assault class, brute force is a solution, but so is stealing the enemy’s Stuka Bombers and blowing the base to bits. December will bring a fourth War Story to Battlefield V. The Last Tiger takes place during the final portion of the war and moves to the other side of the conflict following “a lone Tiger tank crew begins to question the ideology that got them to this point.”.

Each of Battlefield V’s War Stories will use native language voice-overs and shine the spotlight on the characters alongside their struggles and relationships. “You won’t find super heroes toppling fascism with one shot and saving the world all by themselves. Instead, you’ll get an intimate idea of what it was like to have your regular life upended by unimaginable situations.”, the post concludes.  Battlefield V is set to release on Nov. 20, 2018 on Xbox One, PS4 and PC.