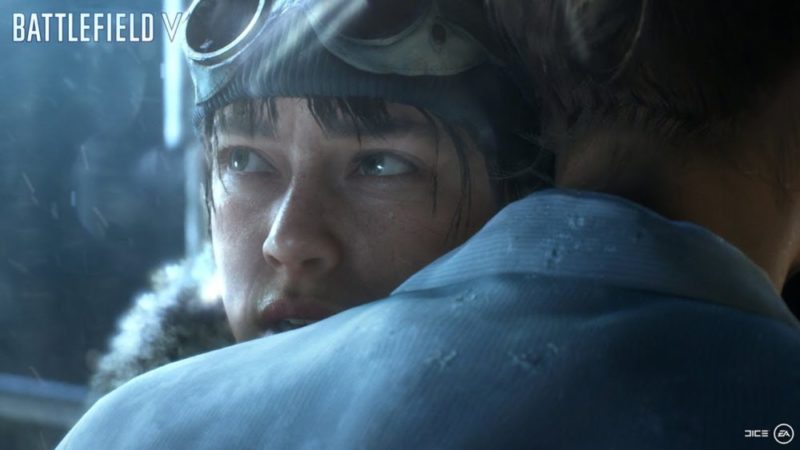 DICE has just dropped the official single player trailer for their upcoming first-person shooter Battlefield V. As was announced previously, the War Stories format from Battlefield 1 makes a return, telling stories focused on different characters, fact which the trailer reinforces.  “Discover the untold stories of World War 2 with Battlefield V’s single player War Stories. In Nordlys, resist German occupation in Norway, sabotage behind enemy lines as an unlikely English soldier in Under No Flag, fight for a home you’ve never seen in Tirailleur, and in The Last Tiger (available in December) join the crew of a Tiger I as they question why they fight. ”, the blurb reads.

As expected, Nordlys will take players through snowy terrain and even involve skiing at one point. Tirailleurs will most likely focus on the Senegalese Tirailleurs, a corps of colonial infantry in the French Army. The single player trailer doesn’t linger for long on any one scene but even so, it looks like we’ll get the full Battlefield treatment with infantry, tank and air engagements across its War Stories. A blog post scheduled for Thursday, October 18th will delve deeper into the three War Stories available on launch, according to the title’s reddit. British actor Mark Strong takes on the role of narrator in Battlefield V. To those unfamiliar with his work, he’s played in movies such as Tinker Tailor Soldier Spy, The Imitation Game and Kingsman. He has also voiced Warhammer: 40,000: Space Marine’s Captain Titus.

Battlefield V was initially scheduled to release this month, but ended up being pushed back to November. Publisher EA cited “final adjustments to core gameplay” among the reasons for the delay, but it’s also worth noting that Battlefield V would have released in between Call Of Duty: Black Ops 4 and Red Dead Redemption 2. The title not only marks a much-awaited return to World War II, but will also feature a battle royale mode that’s set to arrive after launch. DICE is also ditching the Season Pass in favor of free post-launch content as part of its Tides of War live service. Check out the six-minute video delving deeper into the title’s different modes. Battlefield V is scheduled to release on Nov. 20, 2018 on Xbox One, PS4 and PC.

Cyberpunk 2077 PC System Requirements Revealed; Can You Run It?