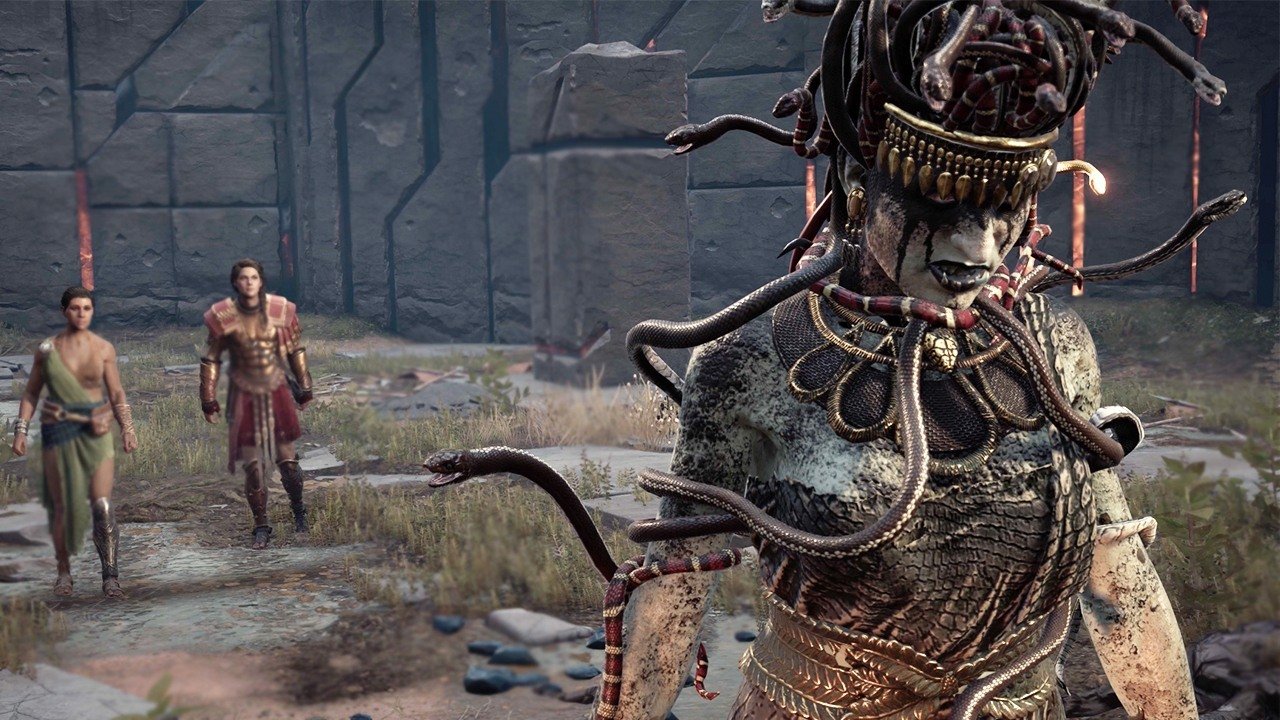 How to Beat Medusa in Assassin’s Creed Odyssey

First off, she is a level 50 boss in Assassin’s Creed Odyssey. With that in mind, we highly recommend at least reaching the high forties before you attempt this boss. We were able to beat her at level 46, but the fight dragged on way longer than it should have.

Now that you’re all prepared, you can start the quest. Look for a quest titled “Romancing the Stone Garden” in Lesbos, and that will lead you to her lair.

At the start of the fight, Medusa will summon a few minor enemies to attack you. These are just regular enemies that you can finish off with normal attacks. Some of them will carry shields, so it might be wise to bring Shield Breaker along.

As you’re fighting these minor enemies, she will try to hit you with her petrification beam, and perform ground AoE attacks. Avoid these as necessary, and hide behind the stone pillars to avoid her gaze. Getting hit by the gaze will slow you down considerably for a short period of time, and it’ll leave you open to attacks. After defeating the other enemies, Medusa will become vulnerable.

At this point, you’ll want to deal as much damage to her as you can. She has two attacks to watch out for. She will either execute the ground attacks, which are pretty easy to dodge, or use her gaze again. She’ll teleport to a different location in between each attack, so keep moving around and look for her. When she uses her gaze, try to hide behind a pillar near her, so you can run to her quickly to attack.

She repeats this in a pattern until you get her down to two-thirds of her health, and she’ll summon some more enemies again. When you’re hitting her, she can also use a grab attack, or create a burst of energy around her that can hurt you. She’ll glow orange when this happens, so dodge as necessary.

She doesn’t have any different attack phases, so this fight should be pretty straightforward. She does deal quite a bit of damage, though, so just be patient with your attacks.

If you want to see this visually, here’s our video guide on the boss fight:

Question: How do you beat Medusa in Assassin’s Creed Odyssey?

Answer: First off make sure you bring the Second Wind ability as it’ll let you heal during the battle. Defeat the soldiers that Medusa spawns and when she attacks with her beam make sure to hid behind one of the pillars so you aren’t turned to stone and slowed down. Use the pillars to your advantage and continue to attack with your bow and melee weapon, making sure to doge and hide when you need to.