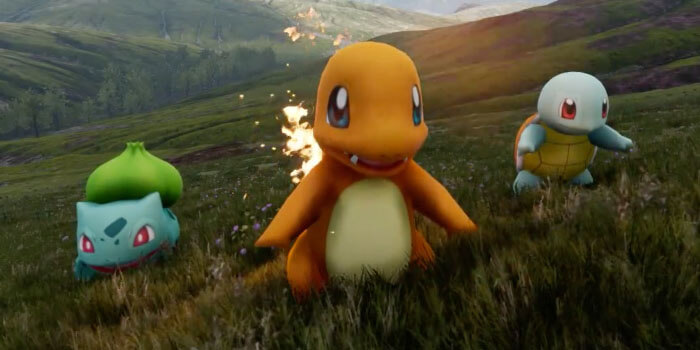 For the past 20 odd years, the mainline Pokemon games haven’t strayed far from their origin, Pokemon Red/Green/Blue. The series has constantly revolved around choosing a starter Pokemon, collecting gym badges in a specific order, and defeating the champion of the Pokemon League or Elite Four. But what if Pokemon dropped all of that and took on an open-world infrastructure similar to last years The Legend of Zelda: Breath of the Wild? According to Pokemon series director, Junichi Masuda, an idea like that for a future title isn’t out of the realm of possibility.

In an interview with Eurogamer concerning Pokemon Let’s Go Pikachu and Let’s Go Eevee, Masuda talks on the future of the series and also whether this Let’s Go subtitle will continue on with other regions such as Johto or Hoenn:

“Well you know in general, I always want to be kind of facing new challenges and trying to you know, do new things with Pokémon. You know it’s a different matter whether players will actually enjoy that kind of playstyle, but really you know, things like setting up an AI so that you know real world Pokémon appear, or different ways to appreciate the game, I’m always kind of thinking about how to approach the Pokémon series from a different aspect so, in that sense, it’s still on the cards.”

When Masuda was asked about a Let’s Go style of game set in Johto:

“So you know maybe – if everyone enjoys playing these games [laughs] – but you know more than that, I know that a lot of people and fans have spent a lot of time hatching eggs, they’ve hatched… a lot of eggs, but we want them to kind of discover new ways to enjoy Pokémon games, you know I’d be really sad to think that for them, Pokémon is hatching eggs, so with this one we’re trying to show them a different side of the game.”

It feels like Poke-fans have been clamoring on and on for years about wanting an open-world Pokemon game akin to Bethesda’s Skyrim. A huge world full of Pokemon that you can see without having to deal with random encounters, the ability to see other players in the wild and battle with them at any given moment, and more freedom when it comes to gym battles or perhaps no gym battles at all.

If Nintendo can strip Zelda down to its core while also giving players freedom, we’re sure there’s a way for Game Freak to figure it out with Pokemon. It would be a huge departure for the series, but at the same time, a breath of fresh air for the 20-year old monster-catching franchise.