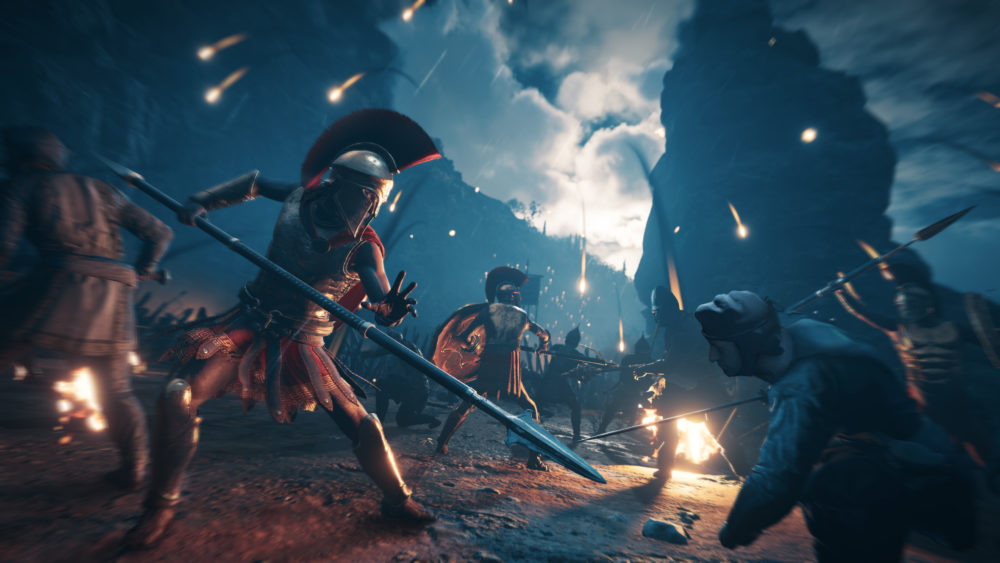 Assassin’s Creed Odyssey is fast approaching, and Ubisoft has unveiled details on what players with and without a season pass can expect from the game’s post launch content.

In a post made to the PlayStation Blog, Ubisoft news editor Mikel Reparaz details the content planned for release following the launch of the main game. In addition to the main story line, which sees players embark on a mission of revenge, two other overarching storylines will be added in the form of episodic content for season pass owners. Each episode is planned for release within six weeks of the preceding one, with two overarching story plots currently in development: The first, Legacy of the First Blade, is slated for a December launch and tells the tale of how the first hidden blade was used. The second, titled The Fate of Atlantis, shows players the fate of the mythical city and tasks them with taking on creatures straight out of Greek myth. The first episode of Fate of Atlantis is slated for release in Spring 2019.

Finally, season pass holders will have access to a download of Assassin’s Creed III remastered free of charge, complete with all of its post-release content and Assassin’s Creed Liberation Remastered built in.

Slated for release on Oct. 5 for PlayStation 4, Xbox One and PC, Assassin’s Creed Odyssey is the latest installment in the series and takes players farther back in history than any other game in the story’s timeline. It likewise marks the last installment fans will see from the series until 2020, with Ubisoft abstaining from releasing another entry in the series in 2019. Check out our opinion piece on why this is a good move for the series and its developer, as well as our breakdown on the ways Odyssey looks like it does and doesn’t differentiate itself enough from Assassin’s Creed Origins.