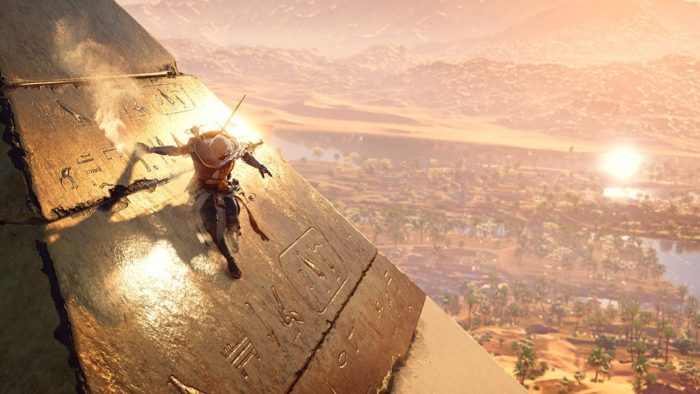 The Assassin’s Creed franchise taking a break from releases in 2019 isn’t just a good choice, it’s the best choice.

As a seminal video game series, Assassin’s Creed has been pivotal in shaping the landscape of the medium as we know it. From its open world design to its varied approach to gameplay, it has provided a framework many other titles have wholeheartedly followed, leading the charge with memorable stories, enthralling gameplay and endearing characters all the while. Not only that, but it still sees seminal releases to this day: Assassin’s Creed Origins, last year’s release, saw widespread praise from fans and critics alike for its foray into new gameplay mechanics. Likewise, many are excited to try out the new features Assassin’s Creed Odyssey is poised to introduce to players, from large-scale battles to impactful choices which can alter the title’s story.

And yet, if one asked how the series was doing only three years ago, many would have said it had stagnated. Sure, it was still one of the biggest AAA releases to hit the market with each respective entry, but it had been a while since one truly raised the bar, presenting a game that could be argued as not only a best for the series or genre but a best for gaming in general. For every new mechanic, there were a dozen rehashed and reused ones; for every interesting plot twist, there was an equally confusing and off-putting one; and for every well-constructed character arc, there’s been one with a protagonist most would struggle to care for or even remember.

The reason for this lag in innovation was simple. From the second entry in the series up to 2015’s Syndicate, Ubisoft kept to a strict yearly release schedule, putting out a new entry, or even two, per year. While this maintained their hold on much of the action-adventure genre and the series’ relevance, and dev team burnout was lessened by splitting development work among titles between two core teams and multiple smaller teams working under them, the titles began to blur together and some entries lagged behind the quality of earlier offerings. Some even proved glitch-filled disasters that could be near unplayable, a la the now infamous Assassin’s Creed Unity, and brought the series to an all-time low among fans, critics and the gaming community at large.

As such, it’s no surprise that the studio has chosen to restructure its development strategy. Following the release of Syndicate, Ubisoft announced they would take a break from releases for the series in 2016. This decision was shown to be more than a one-off with the reveal that there would be no new release for the series in 2019, skipping a release year after the launch of Odyssey this October.

Some fans might be disappointed by this change, and after so many years of counting on a yearly release for the series, it’s understandable. However, for the sake of the series and the team behind it, it’s exactly what needs to happen.

For a series to hold onto its prominence within the ever-growing video game market, it needs to refine, adapt and change to better provide players with an experience that stands out from the rest. This is doubly true for AAA titles, with ever-increasing budgets making the risk of failure all the more dangerous for a studio, no matter the size.

The team behind the Assassin’s Creed franchise is no different. Between a narrowly avoided buyout by Vivendi and an increase in the number of open world games on the market in recent years, it’s more important than ever for Ubisoft to maintain their place in the market and hold onto its fans with engaging, interesting and entertaining gameplay. The best way to do that isn’t to retread the same ground in a hurry, but to take their time and explore new ways of bringing players into the world of Assassin’s Creed.

For proof, look no further than the most recent entry in the series. Assassin’s Creed Origins had an extra year for Ubisoft to hone, refine and polish it, introducing new mechanics and elements to the existing formula. And it shows: Origins took the series to an entirely new continent and culture, fully realizing the architecture and daily hustle and bustle of ancient Egypt. It provided players with new mechanics akin to RPGs with leveled progression and upgradable skills, varied equipment options for both weapons and armor, and a number of new ways to interact with the world. Its far-removed placement in the story’s timeline allowed the game’s writers to stretch their legs creatively, paving the way for a narrative that could focus in on what gamers have said they enjoy most about the franchise’s mythos.

This is something that couldn’t have been done if the series was still on a yearly output basis. To create new mechanics for a game, and implement them efficiently and to maximum effect, takes time and effort, both of which could be put off for the sake of meeting a release deadline if the need arises. While it’s not a surefire solution, an extra year gives the development teams behind the series the time they need to maintain this trend of notable innovation and engaging gameplay.

Likewise, there’s the health and well-being of the team at Ubisoft to consider. It’s no secret that work hours in the video game industry are brutal, especially in AAA game development. Developers can spend as many as 80 hours a week working on new titles to meet release windows, and the mental and physical tolls on them can be staggering.

Ubisoft is no exception to this. While a yearly release is all well and good for the company’s profits, the amount of strain and demand on the game’s development teams is unavoidable to keep up with the output, even divided among several people and teams, as is the case for the series. This can lead not only to a shoddier product, but to burnout among talented individuals who might otherwise help create the next big title, or would stay with the company if not for the overbearing workload.

Granted, it still won’t be a surefire recipe for success. There’s always the chance a title won’t come together in the way the developers want it to, and the next title may take risks and make changes that aren’t received well by fans. That said, the series has been at its greatest when it had the time to flesh itself out, explore new grounds and take risks. If what the developers need to do that is an extra year for development, it’ll be a small price to pay.