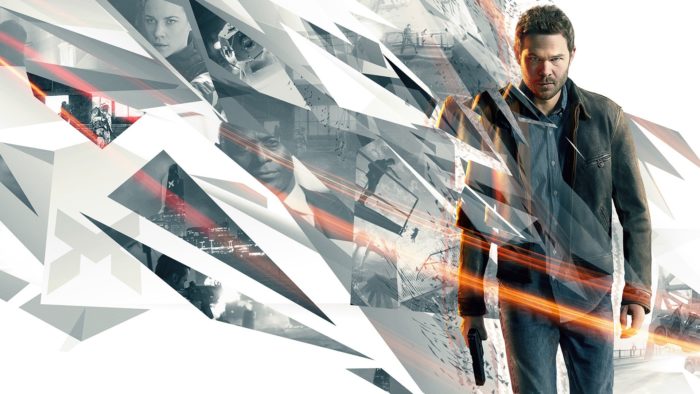 Let’s be frank: AAA single-player gaming experiences are being cost-driven out of prominence, at least for most developers.

Once the standard development framework, single-player gaming experiences are becoming less and less viable in the highest tier of game development among the growing crowd of online multiplayer titles, which offer ensured profits through continued play and additional content. In response, the size and scope of single-player titles have grown to give players more reason to invest their time and money into them, as seen in the rise of open world titles with 50-plus hours of content.

With this increase in size and scope, however, has come an almost insurmountable cost to developers.

Thomas Puha, head of communications at Remedy Entertainment, said as much in a recent interview with Gamesindustry.biz. Best known for titles like Alan Wake and the 2016 Xbox One title Quantum Break, Remedy recently announced plans to move into shorter development cycles with multiple projects. According to Puha, the changes came from the dilemma of trying to balance the cost of single player game development against the long term profits it can bring, or lack thereof.

“The reality is the traditional AAA single-player experience is just really expensive to make,” Puha said. “The expectation level from gamers is really high in terms of how long the game is, what sort of features it has, how good the production values are. All those things are very expensive to do.”

It’s a sad truth that has been a key discussion point in gaming this past year. Many big name publishers and developers, under the continued strain and rising cost of video game development, have moved away from single-player game development in favor of multiplayer structures that can continue to bring in profits throughout the duration of a game’s lifetime. Single-player focused studios, meanwhile, have been forced to adapt or die.

This was speculated as the case for the closure of the EA-owned Visceral Games last October. Tasked with creating a single player Star Wars title, codenamed Ragtag, the studio was shuttered and the title moved to EA Worldwide Studios for its future development.

“Throughout the development process, we have been testing the game concept with players, listening to the feedback about what and how they want to play, and closely tracking fundamental shifts in the marketplace,” EA’s Patrick Söderlund wrote in a blog post following the announcement. “It has become clear that to deliver an experience that players will want to come back to and enjoy for a long time to come, we needed to pivot the design.”

For those within the team at Visceral, however, the writing had been on the wall for sometime. With an estimated development cost of $100 million, the developers had realized early on the game stood little to no chance of being profitable and was destined to be cancelled or reworked.

“The only way we could’ve made this work was to say, ‘Hey everybody, Ragtag’s not gonna make money. But we’re going to add a ton of features to Frostbite that’ll make [EA Motive’s] big adventure game possible, and amortize the costs over the future. Think of this as an investment product,’” an unnamed former member of Visceral Games said in an interview with Kotaku.

Meanwhile, the acclaimed single-player action title developer Platinum Games has sought to transition away from AAA development toward smaller projects. In a recent interview with Game Informer in December, the team revealed their development model moving forward leans more toward smaller titles, with multiple projects in development at once to offset potential losses when a title doesn’t perform.

“We can’t put together a AAA, $10 million-plus game, because we just don’t have that sort of cash as an independent developer,” Atsushi Inaba, head of development, said. “However, we don’t plan to go the indies route with just a few people on a team making a game, so it’ll be somewhere in the middle, looking at probably about 20 people on the staff making the game, so that’ll still be a healthy [size].”

They’re not alone either. As the indie market has grown and developed over the years, smaller developers with a single-player focus are migrating to the indie market for its lower risk of financial failure. Ninja Theory, known for such titles as Heavenly Sword and DMC: Devil May Cry, has pivoted completely into indie game development, creating titles with high production values at a smaller scope to control costs. Their most recent title, Hellblade: Senua’s Sacrifice, offered AAA level quality graphics and motion capture technology, but was made in a shorter, digital-only release format. As a result, it turned a profit and has helped lay the ground work for developers with a focus on single-player titles to find success in the independent market.

So is there no hope of single player games continuing on in the AAA market? Perhaps not. Some of the industry’s biggest publishers have voiced firm support for single-player experiences, helping developers foot the growing bill for AAA single player gaming’s development. Sony, one of gaming’s largest publishers, continues to support developers of single player titles. The company published Guerilla Games’ Horizon Zero Dawn and Naughty Dog’s Uncharted: Lost Legacy, both of which performed well in sales. Several other AAA titles published by the company are planned for release in 2018 as well, such as Days Gone and Detroit: Become Human.

“We do have most of our eggs in that basket just because that’s the thing we do well,” Layden said. “These are the things we’re going to continue to lean into really strongly.”

Likewise, some publishers continue to create AAA single-player games on their own dime, sometimes to resounding success. Nintendo saw one of its biggest years in recent memory, releasing single-player titles for the Nintendo Switch like The Legend of Zelda: Breath of the Wild and Super Mario Odyssey to strong sales both in the US and Japan. As of last September, Breath of the Wild’s official sales figures sit at 4.7 million units sold and climbing, with Odyssey taking the title of the fastest selling Mario game in U.S. history at over 2 million units sold in November. The company looks to continue to release AAA single player titles in 2018, with titles like Bayonetta 3 and Metroid Prime 4 currently in development.

As the costs of game development continue to rise, the future of AAA single-player games remains uncertain. Though fans continue to show support for such titles, the day may soon come when there is simply not enough money available for some teams to deliver on their expectations for a AAA title. However, as long as larger companies are willing to support these experiences, and the indie market remains a viable option, there is hope the genre can continue to remain a staple of gaming for generations to come.