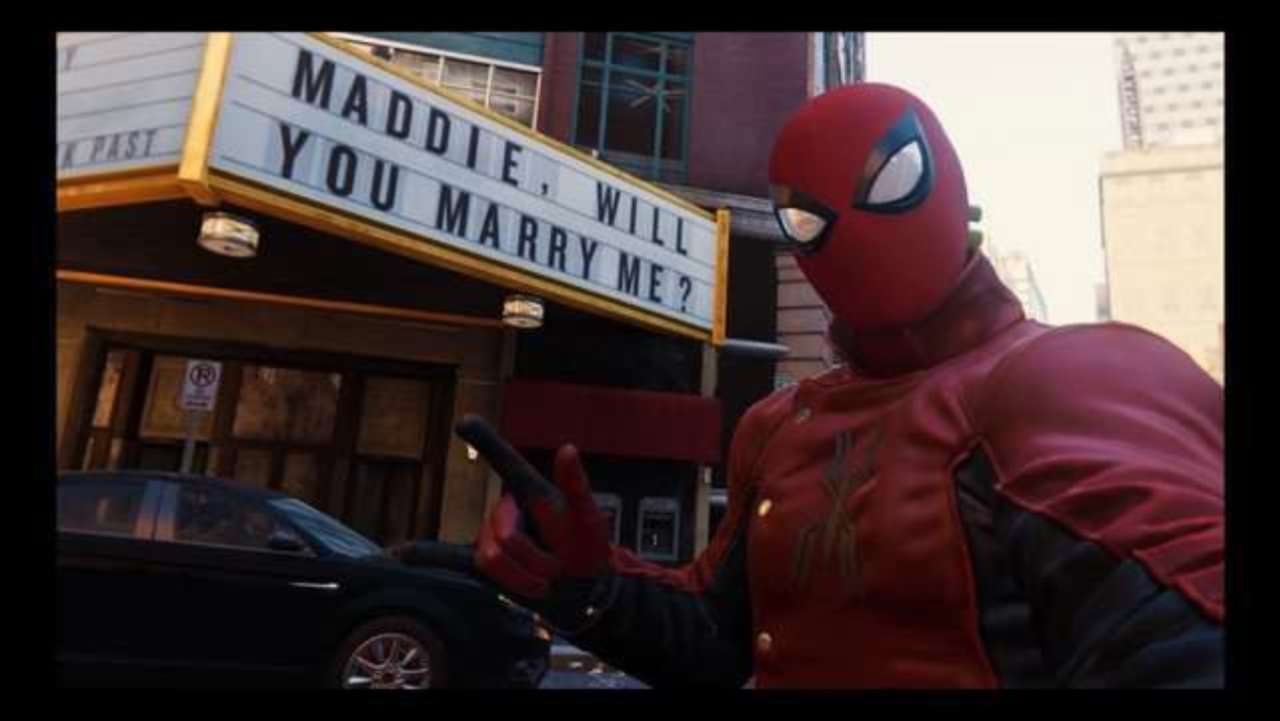 When Spider-Man was released to the public on Sept. 7, many players may have just swung by a marquee that read “Maddie Will You Marry Me?” This was in fact an easter egg that was put into the game by Insomniac per the request of a fan, Tyler Schultz, who was planning to propose to his girlfriend in a big way. Unfortunately, Tyler and his girlfriend broke up weeks before the release of Spider-Man. After Tyler made a YouTube video describing what he had been going through the past few weeks and how it all led to this moment, he quickly coined this “the saddest easter egg”. Luckily though, this well thought out proposal didn’t go to waste!

While cleaning up the streets of New York City, Reddit user Mitch3750 saw this marquee and took it as a sign, this was the moment to propose. He states in the thread that he already had the ring and was going to propose, but couldn’t pass up the opportunity to use this perfectly placed marriage proposal. With a little help from his friendly neighborhood Spider-Man, Mitch pulled up the image that had been circulating the internet. All that was left was to take out the ring and let Spidey do the rest for Mitch. After he proposed next to the TV, his now fiancee wanted to take a photo of him and the ring next to the game which he later posted on Reddit.

His fiance is a huge Marvel fan and it seems like the stars aligned for these two lovebirds. It’s great to see a happy ending to a bizarre series of events that have unfolded around this Spider-Man easter egg. Mitch’s Reddit thread has been blowing up since it was posted and is filled with many people sending their love. We are wishing nothing but the best for the newly engaged couple!