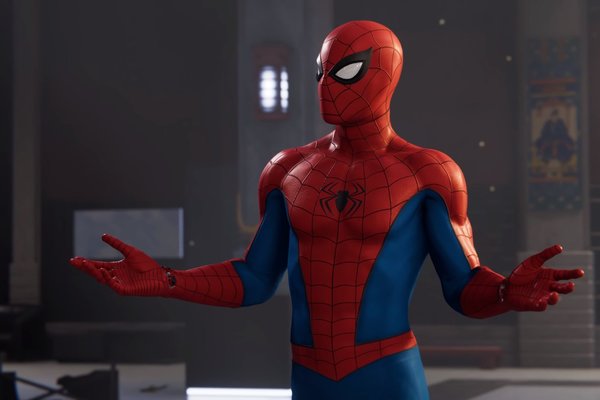 Wedding proposals are scary. Imagine having to tell someone that you want to spend the rest of your life with them, hoping that they feel the same way. Not everyone gets on their knees to propose like normal fashion though. Some people will go above and beyond for their proposals and one Spider-Man fan did just that, but unfortunately, this story doesn’t have a happy ending (via Eurogamer).

Over Twitter, a Spidey fan named Tyler Schultz asked some of the big wigs over at Insomniac Games this past May if they would place a marriage proposal in-game for him and his girlfriend at the time. He wanted the phrase, “Madison, will you marry me?” somewhere in the game. Surprisingly, the developers actually agreed to his plea and placed the phrase on a movie theater marquee where everyone can see in the full game.

In honor of the rich tradition of romance that flows through the history of Marvel, “Madison, will you marry me?” shall appear in the game! Uh, I mean as long as @bryanintihar & @jacinda_chew & @jon_paquette & @Christosgage & @GavinGoulden think it’s cool. #SpiderManPS4 https://t.co/V4dftIJipp

As adorable and perfect as this all sounds, things didn’t go as planned for Schultz and his girlfriend. A few weeks before the launch of the game, Schultz made a YouTube video (which has been taken down now) stating that his girlfriend had left him before she got to see the proposal. Art Director for Spider-Man PS4, Jacinda Chew, even offered to patch out the sign completely for him or to change it altogether.

We don’t know if the sign has been changed yet, but you guys should definitely explore New York City in the game to check out the sign before it disappears forever. This is probably one of the most disheartening easter eggs in gaming history but we just hope that Tyler is hanging in there and enjoying Spider-Man now that it’s out in the wild.