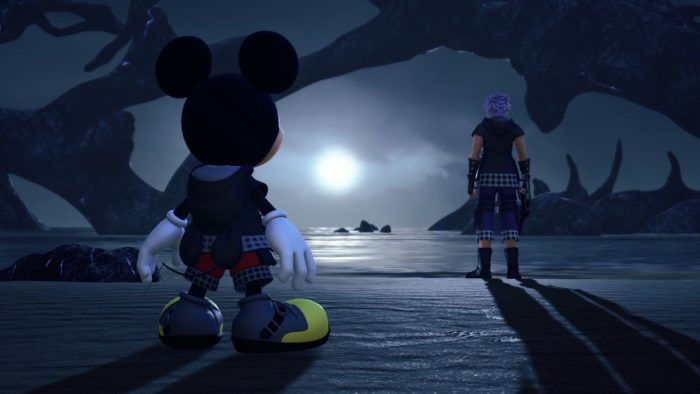 Square Enix announced tonight via press release that the famed musical artists Skrillex and Utada Hikaru will be collaborating on Kingdom Hearts III’s opening theme song, “Face Your Fears.” The song will be released on January 18, 2019, just ahead of the game’s full release.

Utada Hikaru is, of course, the Japanese singer-songwriter whose songs have previously been used as the iconic themes for past Kingdom Hearts games. Meanwhile the eight-time Grammy award-winning musician, Skrillex, is apparently quite a big fan of Kingdom Hearts.

Originally Skrillex only meant to remix Utada’s previously revealed Kingdom Hearts III theme song, “Don’t Think Twice.” However, the pair developed a friendship that resulted in a collaboration on a brand new song celebrating the game’s release. Face Your Fears will also be produced in collaboration with Poo Bear, the renowned record producer who has previously worked with artists like Justin Bieber.

This is all certainly a strange combination of musical styles, but we are talking about the series that brings together Final Fantasy and Disney. It’s honestly just the kind of crazy thing that could work for Kingdom Hearts. It’s also kind of ironic that a game that actually features the Disney Pooh Bear will feature a theme song produced by Poo Bear.

If you haven’t seen it already make sure to check out the game’s stunning official box art, as well as the most recent trailer that shows off Big Hero 6 and a surprise appearance from Roxas.