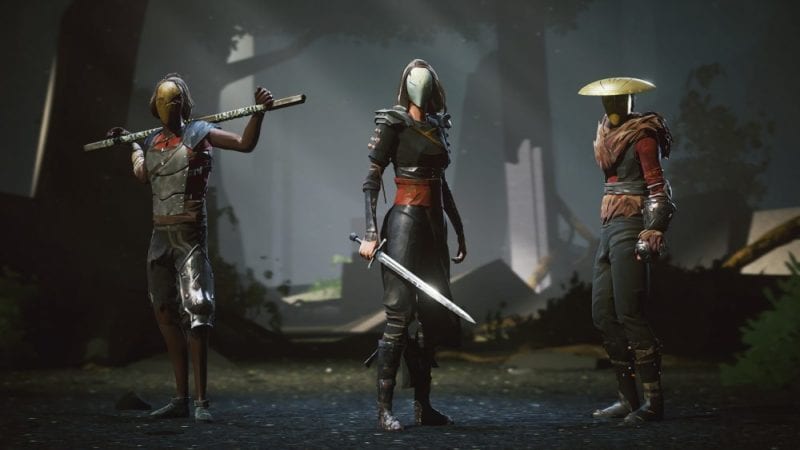 Sloclap’s martial arts ARPG Absolver has received a new content offering today in the form of a free expansion titled “Downfall”. First among its additions is the Downfall PVE mode, based on procedural dungeons playable both solo and in online co-op. In them, players brave the mines of Adal, attempting to defeat a certain Arcell, an Etheran seeking to break out of the Fold’s containment. In doing so, he has infected Prospects with Gleam, which happens to be the resource used to purchase the new gear and combat style introduced.

Inspired by Bruce Lee’s Jeet Kune Do, the Faejin Combat style brings 26 attacks for bare hands and wargloves alongside 15 attacks for swords. It can be unlocked in the Downfall PvE mode, its mixture of defense and offense catering to seasoned players. Four new powers expand players’ toolkits, giving them the ability to avoid strikes, resist stuns, snatch weapons from opponents and deal cut damage with their bare hands. Eight new sets, six new weapons alongside new emotes and intros have also made their way to Absolver’s Essence Shop.

School Challenges are open to players of and above Disciple rank in a given school. Their wins in 1v1 Combat Trials count towards receiving rewards every three weeks, when seasons end. The AI was also not forgotten, receiving a rework, although the patch notes only provide a non-exhaustive list of changes in that sense. Both PC and PS4 versions of Absolver are currently discounted by 50%, celebrating the expansion’s launch.