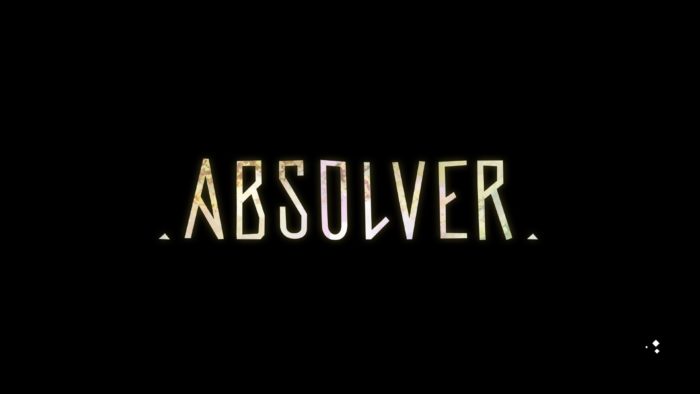 Published by the big-time indie people over at Devolver Digital and developed by former employees of Ubisoft, Absolver is a unique blend of action role-playing games (ARPG) and martial arts fighting games. Players take on the role of a Prospect, a nameless warrior who uses martial arts to defeat a series of challenging opponents in order to gain access to a mysterious tower to defeat the ultimate foe and earn the title of Absolver.

The story is quite simple and doesn’t bother with all of the bells and whistles one would normally expect from a RPG. You create your character (choosing skin color, hair, and combat style), are shown a quick cutscene that sees you chosen for this task, then you’re thrust into a tutorial that teaches you the basics. After that, you’re pushed out into the world to find your way. There’s no abundance of cutscenes, no huge musical score, no massive enemy showing their face only to wait for you at the end just before the credits decide to roll.

Instead of pushing a narrative, Absolver lives and dies on the back of its gameplay. A portion of the game that is absolutely amazing when it works as promised, and downright frustrating when certain game design elements and technical hiccups get in its way.

Gameplay in Absolver revolves around one simple activity: combat. The core gameplay systems provide a deep, customizable combat setup that lets players basically create their own fighting styles if they decide to put the time and effort into it. Thanks to the Combat Deck, you can customize each of your stances to start and feed into different attacks, building endless combos or just specific segments that are great for all occasions. I kicked things off with the Windfall combat style, which is a dexterity build (fitting, since I usually play rogues in RPGs), and I built long combos full of sweeping kicks, rapid punches, and plenty of mobility. As I leveled up, I was given even more slots to work with, which let me add even more complexity to my combat strings.

One great aspect of Absolver’s Combat Deck is that while it’s limiting at first, players can take the time to learn a ton of other attacks. This is done through defense.
Blocking, parrying, or perfectly dodging attack earns you experience for that particular move. Encounter and defend against the same attack enough and it will be added to your rather robust repertoire of martial arts. You’ll then be able to jump right into the Combat Deck and fit it into one of your combos if you so chose. It helps to promote a smarter approach to combat. If you go in all aggressive, or fall during battle, you don’t learn anything. So it’s a clever way of telling players to slow down and truly examine the opponent standing across from them.

Of the many hours I spent roaming the lands and giving other Prospects their comeuppance, a lot of my time was spent fine-tuning my attack strings. Deciding when I should leverage speed over strength (or vice versa), and building in some failsafe that can get me out of any tricky situations I may have placed myself in. Jumping back into the open world or into Combat Trials (a dedicated PvP mode that for now only offers 1v1 matches) and seeing the fruits of my labor as I decimated opponents felt great. It’s both deep and rewarding, and easily Absolvers’ strongest component.

Supplementing the impressive punching and kicking action are a complete leveling and equipment system. As is the case in most RPGs, you earn experience every time you defeat an opponent. Earn enough and you’ll level up which grants an Attribute and, by extension, a means of increasing a Prospect’s stats, making them an even more potent fighting machine. You’ll even earn extra Combat Deck slots so you can have more than one attack loadout, as well as some extra Shards, a resource used to activate powers (which we’ll be getting to shortly).

Outside of the leveling system is equipment. As you play PvE and PvP, you’ll earn different pieces of armor, weapons, and even powers that you can equip to your Prospect. There’s a give/take mechanic with each piece of armor for your nine different slots. Pieces that raise your defense often lower your defense and vice versa. Rare are articles of clothing that provide a complete boost to all stats, and that’s part of the depth on offer. There’s risk/reward at play, and it pushes players to choose wisely. Weapons have a welcome balance to them as well. You can only equip them if you have enough active shards, and even then they break after enough use (they must charge back up after that), and you can be disarmed and killed with your own weapon. But of all things, Powers probably play the largest role in strategy outside of your combo building in Absolver.

There are several powers you can collect throughout the game, but in order to keep things focused on hand-to-hand combat, you can’t just spam them. You have these floating gems called Shards on the back of your Prospect, and they’re charged by playing defensively. If you have enough shards to power an ability, you can quickly cast it, giving you a small but useful edge in battle. In PvE they work out pretty well, though one or two of them are a bit overpowered in the PvP side of things, I did appreciate how they mixed things up and kept everyone on their toes (nobody wants to get thrown off a cliff).

Yet despite how deep and well put together the combat is, there are a lot of times where it just doesn’t work due to odd design choices and glitches. There are many moments when everything is reduced to little more than a frustrating attempt to just not die in some weird way.

Part of the combat system is stamina management, a mechanic that I actually enjoy. It keeps things from becoming just a spam fest, and forces you and your opponent to not approach fights haphazardly. The problem is, this world rule doesn’t always apply to the AI. Too many instances of infinite stamina popped up where enemies would just infinitely guard or spam endless attacks and their stamina bar wouldn’t drop even a bit. I still won the fights, but they became frustrating affairs that dragged on for much longer than they needed to. This isn’t worse than multi-enemy fights, though.

Every now and then you’ll be pit against two or more enemies. It’s cool in theory but the game’s controls (particularly when it comes to switching targets and stances), as well as the camera, turn what could be a fun test of your abilities into a dizzying nightmare. More often than not you will be hit from off screen. Even if you try to control the camera to keep everyone in the shot, the game will switch angles. If you’re lucky, you’ll be able to view at least one of your opponents.

You can hold block if you want as you try to fix the camera, but enemies will always manage to deplete your stamina in seconds, even if you have a ton of it. I also had many instances where hits just didn’t register against opponents, neither to their stamina or health bar. Thankfully, this never occurred during PvP sessions, but it made for some headaches while I was trying to beat the single-player portion of the game.

In one instance I played someone when I was just starting out and learning that absolutely wrecked me. Still, we decided to keep doing matches together which helped me out a lot. Then suddenly I was disconnected, so I’m pretty sure that guy or gal now thinks I’m a rage quitter.

Fast forward to a few matches later and I completely own another player using the Stagger style (easily my favorite combat style at the moment). The player requests a rematch and when I click ready it disconnects yet again, so now I seem like a rage quitter and a pompous jerk too.

In all seriousness though, what was so disappointing about the disconnects was that PvP is actually quite enjoyable. It’s also pretty much the only way to get really good gear as well as level up your Schools (a means to learn other combat styles). So with it being on the fritz, my progression, which is tied to servers working properly, was stunted.

In the end, I’m left with mixed feelings over Absolver. It has some really great ideas, and I am absolutely in love with the combat system (I would love to see it used in more titles). While creating your own combos in a video game isn’t exactly new, Sloclap managed to expand on the idea rather well. Unfortunately, the game sometimes gets in its own way.

When all the pieces slide perfectly into place, Absolver truly shines as one of the best action experiences I’ve had in some time. But with all the pressure hinged on solely the combat, it takes only one hiccup to throw it all off (and there is definitely more than just one in the game).

If you can deal with a headache here and there, you have something special waiting for you in Absolver. It really is a fun experience once you get the hang of its complexities. But, if you’re easily dismayed by issues in a game that requires precision, you may want to hold back, at least for now. I for one will be jumping back in, there are more martial arts for me to learn.