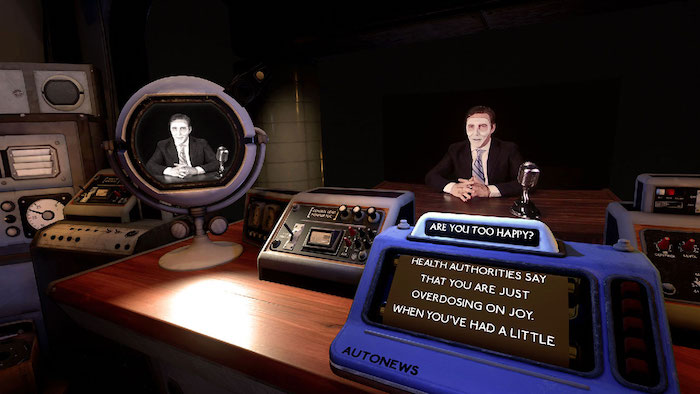 After being in early access for two years and having its gameplay elements drastically revamped by developers, We Happy Few will finally see its full release on August 10 for PS4, Xbox One, and PC. Those can’t wait to get their hands on the full game can tide their anticipation right now with a free VR experience titled We Happy Few Uncle Jack Live VR.

As of writing, We Happy Few Uncle Jack Live VR is now out on the PlayStation Store in select countries, such as in Europe and Australia. This is primarily a seated free VR experience that puts players in the shoes of a producer of Uncle Jack’s show. “You’ll not only deal with a very opinionated Uncle Jack, but also contend with a Downer Outbreak that has made its way into the broadcast studio,” reads the description on the PlayStation Store. “Using the tools at your disposal, you can not only survive the outbreak but hopefully quell the conflict itself.”

If you’re expecting to experience the game’s various environments, you might be disappointed as you are placed in a studio for the entirety of the game. You can simply choose some questions and topics for Jack, the protagonist of the main game.

The idea of exploring We Happy Few’s 1960’s dystopian world sounds like a far better experience than the studio-set experience of We Happy Few Uncle Jack Live VR. Nonetheless, you can’t go wrong with a free VR experience that weighs only 5GB. It also seems to tie in with the story of the main game and allows you to experience what it feels like being in the game’s world.

We Happy Few Uncle Jack Live VR also allows you to view some of the main game’s trailers and animation reels as well as other media materials, including select soundtrack of the game.