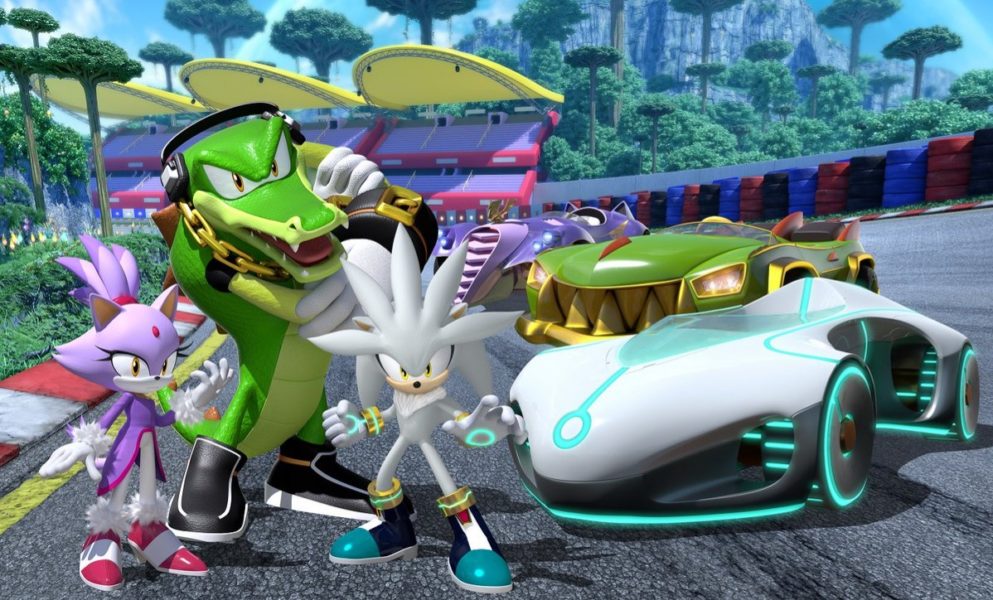 Sega has announced three new characters coming to Team Sonic Racing with Silver the Hedgehog, Blaze the Cat, and Vector the Crocodile all entering the fray. The image posted on Twitter also shows off the racer’s cars with Silver getting a sleek silver vehicle, Vector a rugged green one with actual teeth on it, and Blaze a hardy purple car.

The three new characters function as a team and they join the three teams already announced for the game. That includes Team Rose, Team Sonic, and Team Dark. Team Rose is made up of Amy Rose, Big the Cat, and Four Chao, and Team Sonic includes Sonic, Knuckles, and Tails, while Team Dark consists of Shadow, Rouge, and E-123 Omega.

Team Sonic Racing differs from past games in the series because of its focus on cooperative play, with teams being able to work together to interrupt other racers and gain the advantage. Sega has already promised 15 racers in total, so after today’s reveal that means we have one team left to see.

Team Sonic Racing is set to release sometime this winter on PS4, Xbox One, Nintendo Switch, and PC. Make sure to take a look at our hands-on impressions of the game from E3, where we felt like the game added on some much-needed variety.