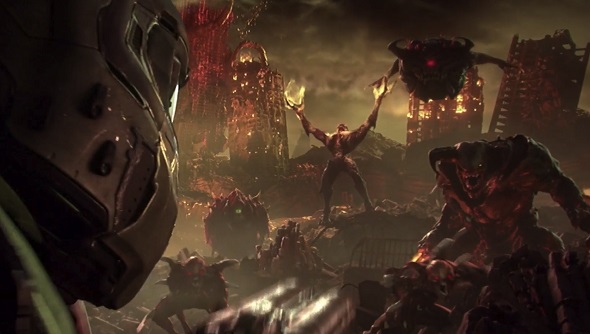 Previously revealed at QuakeCon 2018, Doom Eternal’s Dark Souls-like invasion system will allow players to control a demon and impede another’s single-player progress. Unlike the Souls series, invasions can be turned off, but developer id Software hopes that players muster through the single-player campaign of Doom Eternal without ditching the online system.

During a roundtable discussion at QuakeCon 2018 (via Cinelinx), game director Marty Stratton stressed that the invasion system was created to make Doom Eternal more fun and engaging. “We don’t make features of our game that we purposely want people to turn off. If somebody is hitting that off switch because it’s not fun, then we’ve probably done something wrong along the way. We try to make that judgement internally all the time.”

Creative director Hugo Martin added that invasions can add some oomph in simple exploration sections due to the added level of unpredictability that it brings. “It can make that extremely dynamic. Make walking down the hallway and doing something that is not supposed to be this epic moment — it can turn into an epic moment because you can’t predict what a human player is gonna do.”

Apparently, dying during an invasion will bring no negative repercussions to the player. From the looks of it, dying only brings a minor annoyance typically found in most single-player games: restarting again from the last checkpoint.

More information regarding the Invasion system will be discussed through deep dive reveals in the coming months leading to the release of Doom Eternal for PC, PS4, Xbox One, and Nintendo Switch.