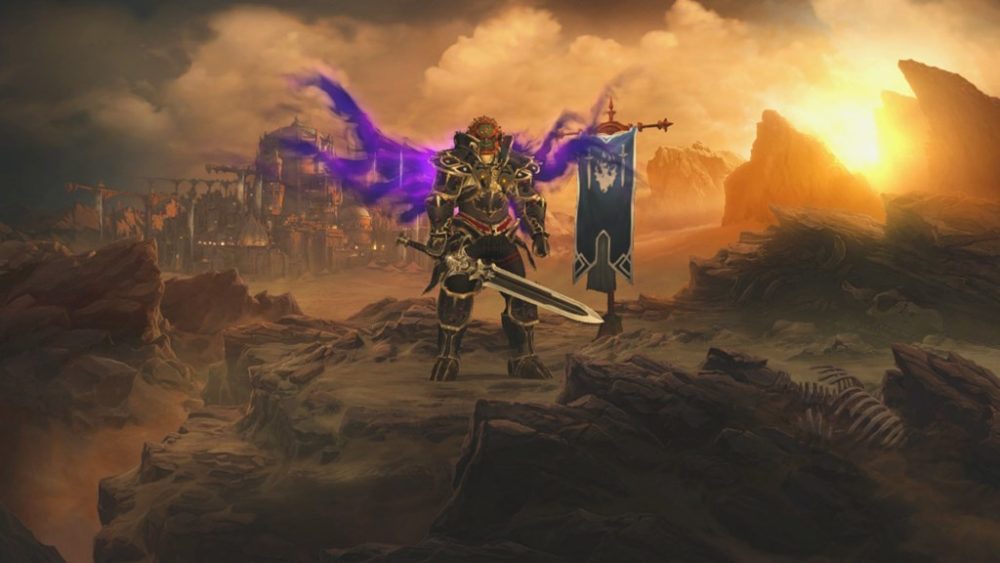 Diablo 3 Eternal Collection was finally revealed today after months of speculation and rumors. The news that Switch owners have the option to pick up Diablo 3, with all of its DLC included is objectively great news. It’s a great game that has evolved tremendously since its original, rocky start. If you have skipped it for this long, either because you didn’t want to try it, or you didn’t have a console that can play (Nintendo ones), you have every opportunity to do so now. Or, if you have already picked up, and wanted the option to play it on the go, you have that now too.

If you fall into the latter category of owning Diablo 3 already but having a portable mode is enticing enough to possibly buy it again – like I do – the first thing you might be wondering is if your character saves can be ported over to the Eternal Collection on Switch? And also, if it’s possible to play with your friends that aren’t going to be changing platforms any time soon?

It was the first thing I thought of anyway after processing the reveal, and I immediately contacted Blizzard.

Sadly, at least for now, neither of those features will be supported for Diablo 3 Eternal Collection on Switch. The rep that got back to me chose the words “as of right now” which at least leaves the door open, but I wouldn’t hold my breath.

Although it’s somewhat of a disappointment, it’s not entirely surprising considering the current state of all of those features in Diablo 3 as it stands. It was the answer that I had expected. I’ll get over it, but dang wouldn’t it have be sweet to have your saves follow you no matter where you play…

Cross-platform play and save porting or no, Diablo 3 Eternal Collection is going to launch later this year for the Nintendo Switch.