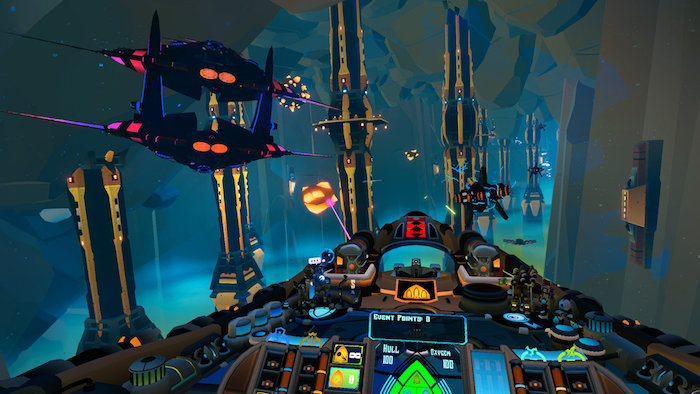 Airship action game Bow to Blood features a real-time reality TV show aspect somewhat similar to the Hunger Games where audiences can influence the outcome of each match. While Bow to Blood is primarily a single-player affair, its voting system allows for a more social and interactive experience.

Currently available to download on Windows PC and the Google Play store, the Bow to Blood companion app will allow you to either help or hinder your friend’s progression in the game’s various procedurally generated matches. With the app supporting up to 50 connected users, you can participate in the matches of your favorite streamers.

The companion app features a wagering system for increasing one’s in-game influence. Increase it high enough and you can have your name displayed in the player’s in-game billboard. Aside from voting, audiences can also answer trivia challenges regarding match outcomes.

Considering that the full game has yet to hit shelves, there’s nothing you can do with the companion app at the moment.

Bow to Blood is a gladiatorial sci-fi fantasy reality show where you compete to become the champion. The game is somewhat like a mix of Star Trek: Bridge Crew and the naval battles in Assassin’s Creed, as you singlehandedly manage your entire crew to maneuver around the arena and engage against combatant ships.

Bow to Blood is scheduled to launch exclusively for the PSVR in August 28. A few other PSVR titles are also releasing on that day, including Torn, Firewall: Zero Hour, and Catch & Release.