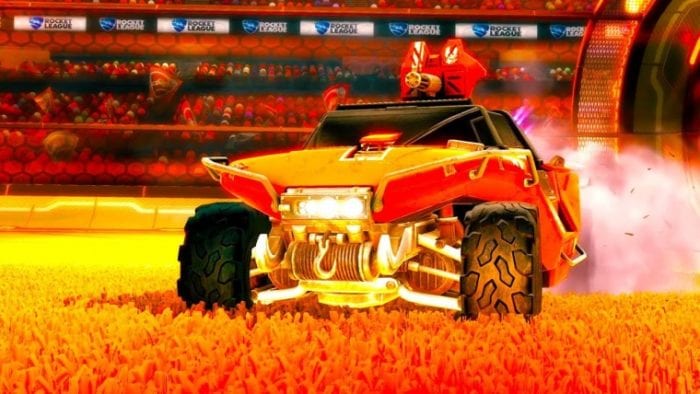 Rocket League is now available for all Xbox Game Pass members starting today, Microsoft announced during its own Inside Xbox broadcast show.

The company had teased another title would be added to the pass earlier this month alongside July’s lineup of new games. Psyonix’s superpowered vehicular soccer game joins over 100 other titles in the Xbox Game Pass catalog, including Fallout 3 and The Elder Scrolls IV: Oblivion. Four-player cooperative game Warhammer Vermintide: 2 is scheduled to launch for both Xbox One and Xbox Game Pass tomorrow, July 11.

Psyonix has continually updated the game since its original launch on PC and PlayStation 4 in July 2015, and has since been released for Xbox One, Mac, Linux, and Nintendo Switch. The studio revealed a roadmap of updates planned for this summer, including new music and DLC. Also scheduled to come in updates this month and August are a complete overhaul of the XP progression system and a “Rocket Pass” containing new cosmetics earned by completing tiers, similar to Fortnite: Battle Royale’s Battle Pass.