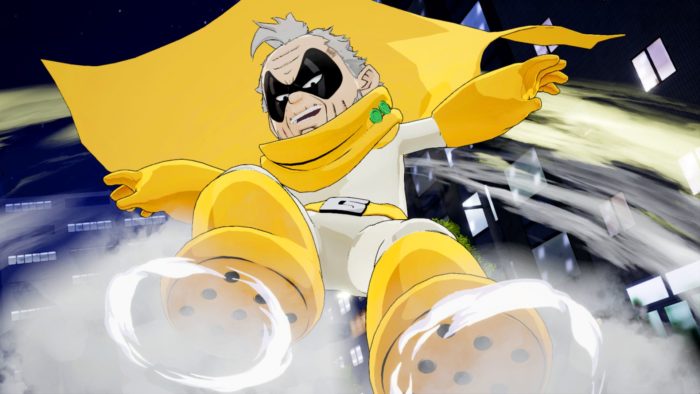 Bandai Namco Europe has released a pair of new gameplay videos for My Hero One’s Justice, showing off Gran Torino and Muscular. The clips are short, at just over a minute each, but give a good indication of how the two characters will handle in battle.

Fitting to the nature of their characters, Gran Torino is a speedy character that can launch a host of quick attacks, while Muscular is a power-based hero focused on big blows and soaking up attacks. Gran Torino is a retired pro hero and mentor to both All Might and Izuku Midoriya. His quirk is Jet, which lets him shoot air from the propulsion opening on the soles of his feet, giving him huge speed and the ability to fly. Take a look at his video below.

Muscular on the other hand is a member of the Leauge of Villains, and he’s a major character that Midoriya fights in season 2. His quirk is Muscle Augmentation, letting him augment and move the muscle fibers within his body. This dramatically increases his strength and speed, and can even create a defensive shield on his body by covering it in muscle fiber.

My Hero One’s Justice is set to launch on October 26 for PS4, Xbox One, Nintendo Switch, and PC. Make sure to take a look at our hands-on impressions of the game from E3, and see what we thought about the game as a faithful adaption of the anime.