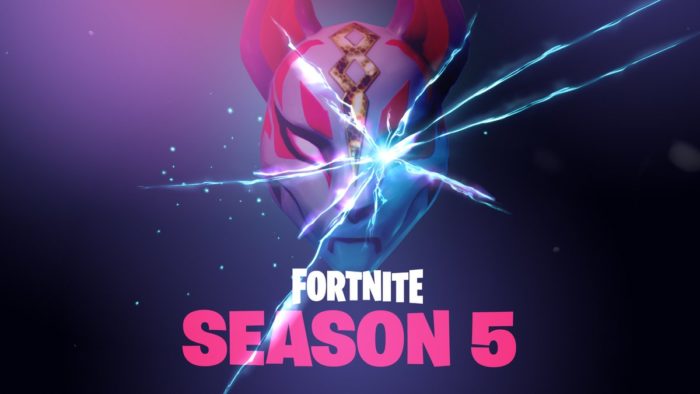 As a reminder to their many rabid players, Epic Games posted an ominous picture on the Fortnite Twitter account with the caption, “3 days until Season 5.” Likely another admittedly cool-looking skin for players to show off to their friends, the picture gives just the tiniest glance at what is to come to Fortnite on July 12.

With the launch of the atmosphere-splitting rocket comes a new, exciting season for the battle royale juggernaut, which means new skins to collect, more difficult challenges to hammer out and maybe even a new map layout, if the fissures in the sky are anything to go by. Earlier confirmed by Epic, after Season 4’s conclusion, the game will go through its 5.0 update on all of its platforms at 1 AM PT.

There will also be a brand new Season Five Battle Pass available for purchase and will feature skins and other rewards, though Epic has not released any specific details on the Pass. Typically, the Pass is available for 950 V-Bucks, so players can expect the same for the upcoming Season.

Since the launch of the rocket on June 30, the many fissures in the sky have been expanding, and it seems like in a few days, players will have their answer behind the mysterious event. Epic has kept quiet about what this rocket launch means for Season Five and how the game’s play area will be changed, but it’s a good bet that the map will see major cosmetic changes with maybe even a few more hazards to add that much more of a challenge to players.

As for Fortnite’s Playground mode, it will be leaving the game on July 12. Epic claims that they will use the feedback they received to further refine the mode and that players will see it in the near future. Though, no word has been released about a possible release date.

Season Five of Fortnite begins July 12, so get those Season Four challenges done before time runs out.