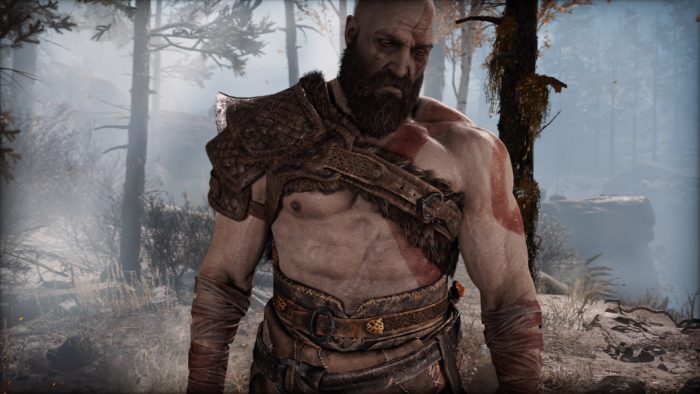 God of War on the PS4 has a number of cool secrets, from the special Leviathan Axe pommel obtainable by piecing together clues from the collector’s edition exclusive cloth map to the Infinity War-esque gauntlet. So when game director Cory Barlog hinted in May 2018 that players have yet to find one more secret in the game, expectations went through the roof. Sadly, the last God of War secret was a simple nod to Atreus’s identity. [Major spoilers from here on, so turn back now if you have to yet to finish the game]

Devoted fans on the GodofWarSecrets subreddit first discovered a half-finished tapestry that was likely woven by Atreus’s mother Faye. The tapestry has the iconic symbol of Loki with two two snakes biting one another’s tail, leading the community to believe that this image could hint at the final secret. Afterwards, they found four carved runes in the four corners of the house. When pieced together, they spell out Loki.

Apparently, the tapestry and the four carved runes about Loki is the much-teased secret, as the Sony Santa Monica team confirmed during its San Diego Comic Con panel that the final secret can be found in Kratos’s house. And when players pieced the four runes, concept artist Joe Kenney confirmed that this is final surprise, tweeting “Beautifully done! #FayeKnew #TheHunt @Comic_Con @SonySantaMonica.”

This God of War secret offers no new information at all, as the true identity of Atreus was simply explained by Kratos during the game’s ending credits. Moreover, unlike the hidden ending that offered a glimpse at Thor, there’s no new cinematic upon discovering the secret. It’s worth noting that Barlog never promised any new cutscenes, though a large collective effort wasn’t needed to unearth the secret. “Now I’m not going to tell you what that is, but I don’t know if there’s any cinematic per se, it seems like people have been able to get all the permutations,” Barlog told Gamingbolt in an interview.

God of War is exclusively available on the PS4, with the game set to receive a new game plus mode in the near future.