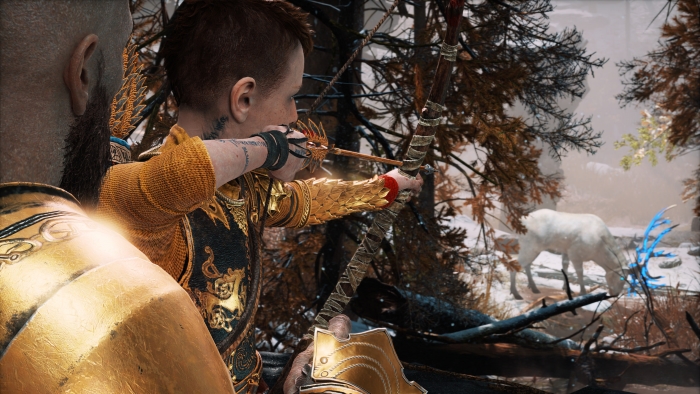 God of War is receiving a new game plus mode, Sony announced on the PlayStation Blog during its E3 2018 press conference tonight.

President and CEO of Sony Interactive Entertainment America Shawn Layden mentioned during the presentation’s livestream that a new game plus mode was one feature that the community has requested since the game’s launch. God of War developer SIE Santa Monica Studio revealed more details about the mode on the PlayStation Blog.

“In New Game+, you’ll start a new game with many upgrades you had from the completion of your last main quest, such as armors, pommels, talismans, and more,” the studio wrote.

While players start with late-game upgrades at the beginning, the studio promises “the difficulty will be harder.” New Game+ will be made available in a future patch with no date announced yet, and Santa Monica Studio plans to reveal more about the mode at a later date.

Since God of War launched for PlayStation 4 last April, it has garnered rave reviews and became the fastest-selling PS4 exclusive ever. The reboot sold more than 3.1 units around the world in the first three days of launch. It also sold more than double in digital sales against Uncharted 4: A Thief’s End for a Sony exclusive launch at 2.1 million units.