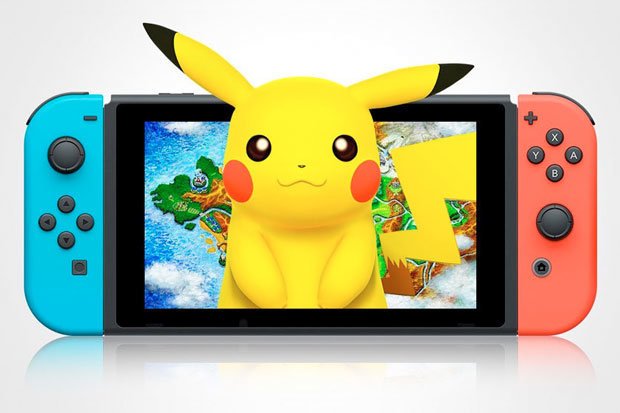 Pokémon Quest was announced less than an hour ago and it’s already available for download on the Nintendo Switch.

This new free-to-start game (dubbed by Nintendo) takes place on Tumblecube Island, “where everything’s a cube–including the Pokémon.” On this island, players will be able to cook food, look for hidden treasure, make friends with other Pokémon and of course, battle. In this iteration of the popular Game Freak franchise, though, players won’t be battling Pokémon but rather, Pokéxel.

#PokemonQuest takes place on the mysterious Tumblecube Island, which is known to be filled with hidden treasures and special items. pic.twitter.com/nIqynGVu54

Among this game’s many differences from the core RPG, battling is done by simply tapping on the screen. Traditionally, when a battle ends (and assuming you’ve won), your monster will gain experience and eventually level up. In Quest, players must loot “power stones,” which can then be used to upgrade and customize your Pokémon’s upgrade path. When you’re not doing that, you can spend time customizing your base camp which allows players to not only enhance their camp’s visuals, but its benefits as well.

At your base camp, you’ll find various Pokémon you’ve met on your journey hanging out with each other and interacting in various ways. The focal point of your camp, though, is your cooking pot, where you’ll cook different kinds of food which can then be used to attract others to your camp, further filling out your Pokédex.

When players are ready to leave their base camp, they’ll select three different Pokémon that they’ll use to explore different stages on Tumblecube Island. Your Pokémon will make their way through each stage on their own, automatically battling any others they encounter–the player is simply responsible for determining which moves to use.

With a team of up to three Pokémon, you can explore the secrets of Tumblecube Island. Battle wild Pokémon, gather treasure, and even befriend new Pokémon—if you have the right ingredients, that is! #PokemonQuest puts the power in your hands. pic.twitter.com/BuVVenFAYR

Pokémon Quest is available to download now, for free, from the Nintendo eShop.