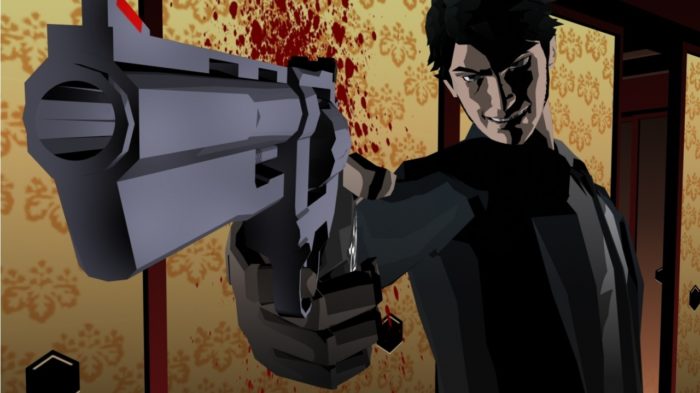 NIS America has revealed that Suda51’s cult classic action-adventure title Killer 7 is set to receive the HD remaster treatment and will hit Steam later this year.

Revealed via Twitter, the announcement was made May 26 and is the first HD remaster of the game since its initial release in 2005 on PlayStation 2 and GameCube. The title, which was director Goichi “Suda51” Suda’s first title released outside of Japan, will be offered through the digital retailer Steam for PC, though no firm release date has been given at this time.

Suda, who recently visited Game Informer for a guest episode of their Super Replay of Killer 7, took to Twitter as well, asking for the fans’ support leading up to the game.

Set in an alternate reality where a virus can infect people with a desire to kill, the game places players in the role of the Killer 7, a group of assassins who consist of and are led by Harman Smith, a man with the ability of “Multifoliate Personae Phenomenon” that allows him to morph into each of the different members. Though the game was divisive among critics and players upon release, it has garnered a strong cult following in the years since for its art style and different take on game design.

Killer 7 isn’t the only Suda51 title on its way to players. Travis Strikes Again, the latest entry in the No More Heroes franchise, is set to release this year as well, and is the perfect excuse to check out the past games in the series.