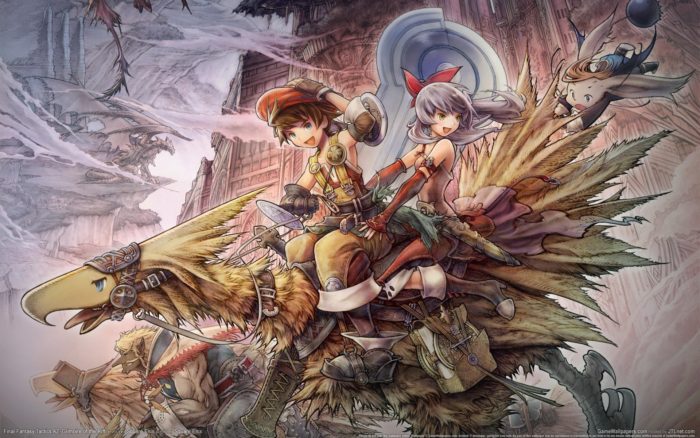 During a livestream on May 19, Final Fantasy Tactics Director Yasumi Matsuno showed off scrapped plans for a sequel to the 1997 tactical RPG.

Last October, Final Fantasy XIV launched update 4.1. Titled “The Legend Returns,” this update reunited players not only with the world of Ivalice–previously seen in Final Fantasy XII–but with Matsuno as well. Matsuno experienced a reunion of his own when he joined the Final Fantasy XIV team to help the “Return to Ivalice” raid series in that many of his previous Tactics team members were also working on the popular MMORPG.

During a live broadcast, Matsuno and those team members took a stroll down memory lane during a playthrough of Tactics and while doing so, Matsuno revealed some scrapped images and details regarding the now-dead sequel.

According to Matsuno, following the release of Tactics, Hironobu Sakaguchi–the creator of the Final Fantasy series and director of many of its entries–had plans for a Tactics sequel. He elaborated explaining that there were discussions about whether or not Squaresoft, which is now Square Enix, would develop the game internally. The discussions ended with a decision to have the game developed outside of the company.

Matsuno said the plan was to use a 2D hexagonal system because at the time, 3D development was still quite difficult. In the end, though, despite attempts to get the project off the ground, the project was shelved for a number of reasons, according to Matsuno. Below are images Matsuno showed off during the livestream.