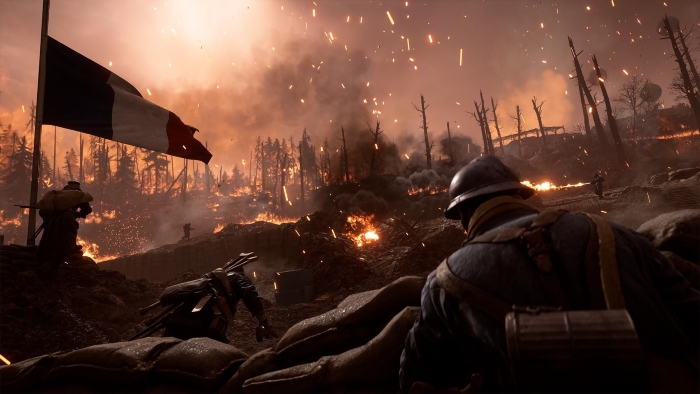 The first expansion for Electronic Arts’ first-person shooter Battlefield 1, called They Shall Not Pass, is now available to download free for Xbox One players.

The DLC pack, part of the game’s Premium Pass or costing $14.99 separately, will be free for the next 15 days, or May 15, on the Microsoft Store. Simply sign in and click the ‘Get it now’ button to claim the free offer, even without owning the base game.

They Shall Not Pass includes access to the French army, the Frontlines game mode, two Operations: The Devil’s Anvil and Beyond the Marne, six new weapons, and two new tanks. The DLC originally added four new multiplayer maps at launch, but EA and developer DICE made one of the maps, Rupture, available to all Battlefield 1 owners last month.

While the developer will be ending monthly updates to Battlefield 1 this June since launching in October 2016, the game will receive matchmaking fixes and weapon balancing until then. The game will also receive the Shock Operations mode in June, which is similar to the regular Operations but only takes place on one map instead of several.

The complete Battlefield 1 package containing all expansions and extra content is also on sale at the Microsoft Store for $14.99 until May 9, with an Xbox Live Gold subscription, while Battlefield 4 players can snag the Dragon’s Teeth expansion for free until May 15.

Update: Battlefield 1’s They Shall Not Pass and Battlefield 4’s Dragon’s Teeth DLC are also free on PC through EA’s Origin.