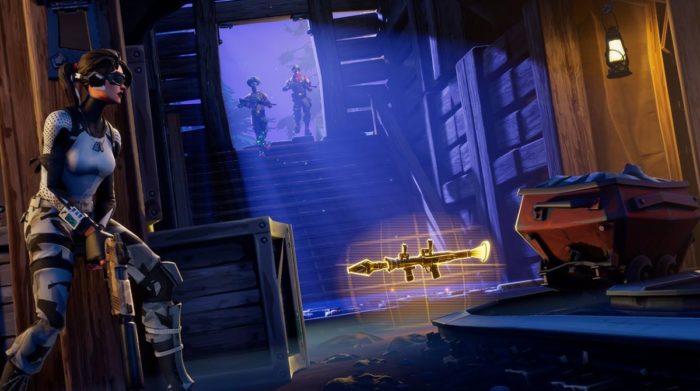 Epic Games announced today that the Solid Gold mode is now live for Fortnite: Battle Royale on all platforms for a limited time.

The new mode plays exactly like a regular game of Battle Royale, except all the weapons around the map and from chests are Legendary weapons. The gold weapons available are the Hand Cannon, Minigum, Rocket Launcher, SCAR, and both Semi-Auto and Bolt-Action sniper rifles. This limited-time playlist is Squads only, so finding three friends or filling out a squad is necessary.

The Solid Gold Limited Time Mode is now live! Jump in and try out some legendary weapons ✨ pic.twitter.com/k4zNQEoK4V

Epic has experimented with new modes that play on the Battle Royale formula before, such as the 50 vs 50 playlist introduced last December. The mode was so popular that Epic brought it back during the holidays after its initial limited-time run.

Fortnite has been continuously updated this February with new content and improvements. The 3.0.0 update went live last week with more options to build structures faster, and changes to the game’s network code to make switching between pieces faster.

Additionally, Season 3 began on Feb. 22 with a new Battle Pass containing 76 cosmetic items through 100 tiers. Some of the new outfits in the pass are space-themed or suspiciously look like John Wick, and can be earned by leveling up the pass with the new weekly challenges and ranking up.