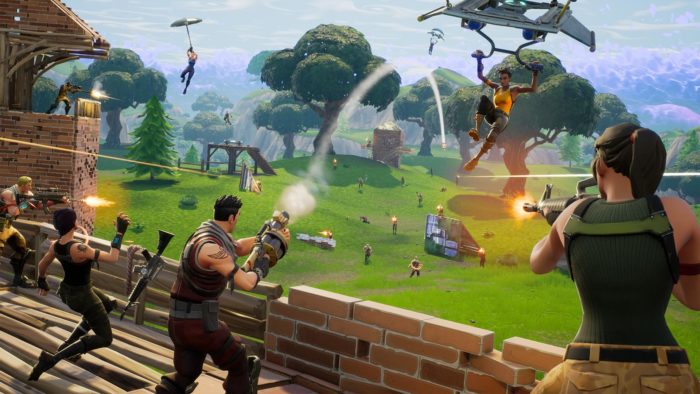 Fortnite: Battle Royale is at it again, proving just how impressive a free-to-play game can really be. During The Game Awards it was revealed that a new limited time game mode is headed to Fornite and it will pull together a grand total 100 of players for one epic battle. A new 50 vs 50 Fortnite Battle Royale mode is available now and the gameplay trailer took the time to show off just how delightfully chaotic and unpredictable this new war zone will be.

You will be allowed to form a squad of four with your friends if you want before your smaller team is lumped together with a larger collection to form a team of 50. Once the game starts, friendly fire will be turned off so there is no need to worry about accidentally taking our your teammates in the middle of the fray. Let’s be honest, in a battlefield of 100 people, active friendly fire would be a bit of a mess all around — especially when the goal is to eliminate 50 players.

That’s right. This won’t be about destroying forts or capture points or completing objectives. It’s an all out brawl to see if your team can eliminate the opposing 50 players before your last man falls. So you’ll need to utilize stealthy tactics, prepare the big guns, and make sure your team is as coordinated as possible with a fort that provides tons of advantages on the battlefield. If you’re eager to get in on the mayhem you will want to get started as soon as possible. The 50 vs 50 game mode will only be available through December 17, which means you won’t even get to spend your holidays trying to defeat enemy armies.