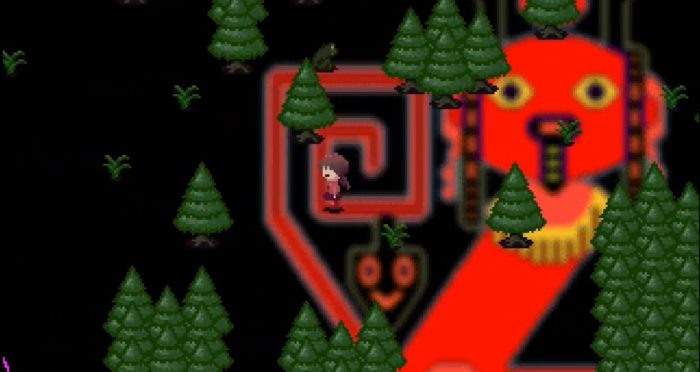 Yume Nikki has recently been released on Steam as a free-to-play game. This beguiling, yet mysterious title first launched back in 2004 as an RPG Maker 2003 project by Japanese indie developer Kikiyama. What started as a small game quickly became viral among Japanese gamers and even received an unofficial English translation. Here’s the official description of Yume Nikki via Steam:

“Explore a Strange and Dark Dream World. An RPG Game Unlike No Other.

You are free to explore the various dream worlds at your own pace. If you check certain characters or items in the game you will collect an “Effect.” These “Effects” can be used to change the main character’s appearance.

Some of these “Effects” have special actions or animations which you can activate by pressing 1 or 3 on the number pad.

Yume Nikki is a very unique title that has become one of the most well-known indie games to come out of Japan.

It is unlike any other RPG especially in the fact that there really is no action or dialogue to speak of. This gives the game a very dark and foreboding atmosphere. Can you make it to the secret ending?”

Interestingly enough, Kadokawa Corporation has launched a mysterious teaser website with a countdown for what seems to be a related project called “Yume Nikki: Dream Diary.” The countdown is slated to end on Jan. 25 at 14:00 JST, so there’s a good chance more information will be shared then.