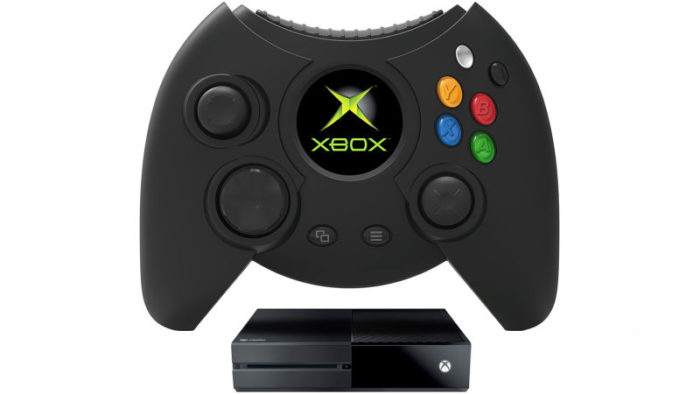 Although it may not be considered as a particularly good controller, the nostalgia of the original Xbox’s fans has fueled the development of an Xbox One version of the original’s first controller, that has been affectionately dubbed “The Duke.” The designer of the controller, Seamus Blackley, who was also on the team that designed the original Xbox, took to Twitter to announce the release window and price of the new Duke controller. Fans can get their (hopefully giant) hands on this new old controller sometime towards the end of March.

THE NEW DUKE CONTROLLER is available at the END OF MARCH for $69.99 And what a wonderful moment! Thanks @XboxP3 Thanks @Hyperkin!!! pic.twitter.com/KB9C6BYxCe

Although it looks very close to the original controller, this new version has some noticeable differences. While the white and black buttons are making their comeback, the start and back buttons have been replaced with the view and menu buttons that are familiar to regular Xbox One controllers. The memory card slots have also been replaced, and understandably so, as Xbox One’s come fully equipped with hard drives upwards of 500GB in size, eliminating the need of the primitive memory card. In its place is a USB port that will allow you to connect the controller to an Xbox One or PC. Absent from the original controller, the RB and LB buttons have been squeezed on to the top of the new controller.

However, what may be the best addition is what has replaced the large round area of the controller that originally housed the Xbox logo. This new controller will feature a small OLED screen that, when pressed, will play an animation of the original Xbox’s startup screen. Although it doesn’t affect gameplay in any way, it is really cool nonetheless.

Heading to stores in March, the new Duke controller will cost $69.99.