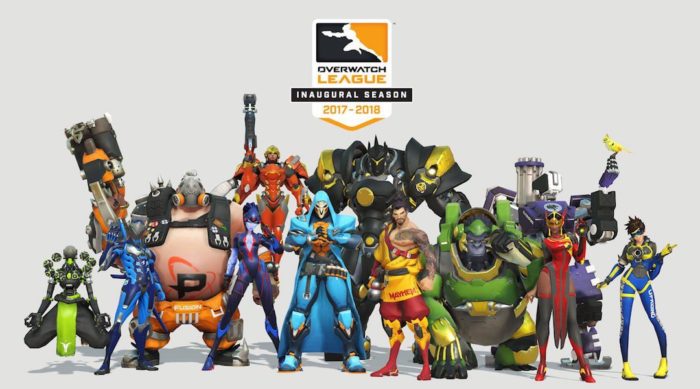 In Blizzard’s new Overwatch League (OWL), players can support their favorite teams by buying their respective in-game skins. These skins, one of which is given to players for free and another for signing up for the OWL newsletter, cost $4.99 each. Should you buy each individual skin for that price, you can get every skin in the OWL for a whopping $1556.88. If you bought every skin by buying them 26 at a time for $100, it would cost $1,200.

The OWL skins in Overwatch are actually different from Blizzard’s traditional method of selling skins via loot boxes. Every OWL skin is purchased individually by purchasing a separate currency in-game called “League Tokens.” These skins, according to Blizzard, go toward supporting the Overwatch league. Blizzard is also selling jerseys for each team via an Overwatch League store.

While it may not seem like it, the individual cost of the skins is actually cheaper than attempting to get every skin via the game’s loot boxes. Back in May of 2017, Blizzard was mandated by a new Chinese law to release the chances of getting each item in the loot boxes. It was revealed that every 5.5 loot boxes, or 18.2 percent of loot boxes, would contain an epic item, and every 13.5 loot box, or 7.4 percent of loot boxes, would contain a legendary item. Every loot box also includes on rare item or higher.

This means that, assuming all of the 312 OWL skin is valued equal to an epic skin, it would cost about 1,716 l loot boxes, or a minimum of $1,372.80 to acquire them all. Although that is actually $184 cheaper than actually buying the skins, there are 130 non-event epic emotes available to every character and 52 non-event epic skins. Additionally, this assumes the player would never get a duplicate skin, which probably isn’t going to happen.

So assuming a brand new player attempted to get every single OWL and non-event epic item in a loot box, it would cost an additional $1001. This is also assuming you live in the United States, as in the United Kingdom, each skin costs £4.99, which is equal to $6.85.

The Overwatch league is planned to go on for a total of six months. Follow the Overwatch League along with us each week.