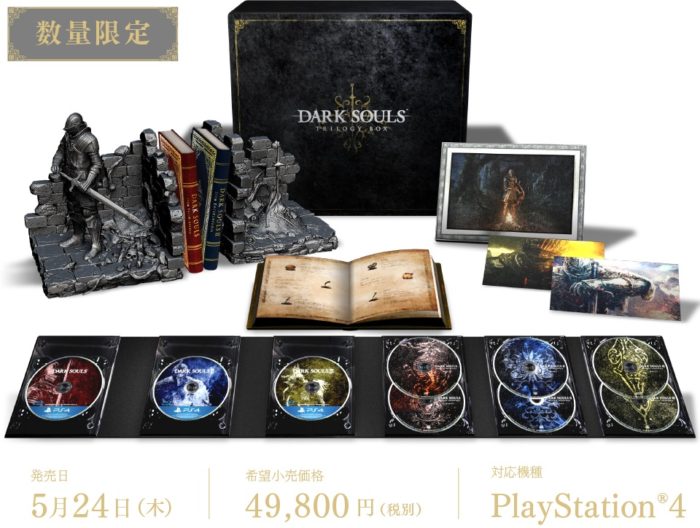 Yesterday brought some big Dark Souls news: the original game was being remastered for the Nintendo Switch, and the entire trilogy was getting a box set on PlayStation 4 and Xbox One. And while it wasn’t immediately clear if the box set would be released outside Japan, publisher Bandai Namco has weighed in on that front, and the news isn’t good for Dark Souls fans.

Speaking with Game Informer, a Bandai Namco representative confirmed that the company has no plans to release the box set “in the Americas.” The only option for American gamers who want to get their hands on the Dark Souls Trilogy, then, will be to import it.