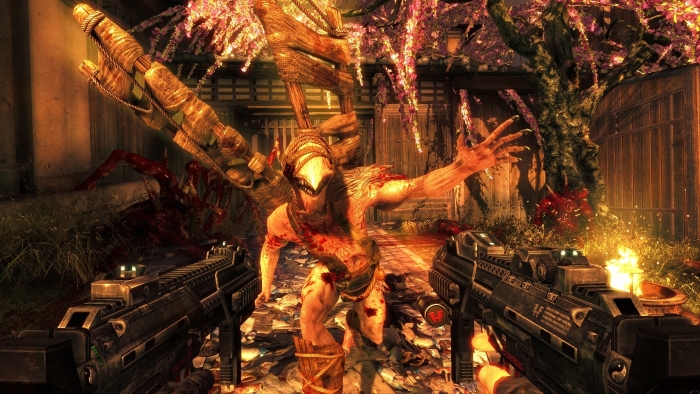 Microsoft revealed today the next four Xbox Games With Gold games that Xbox Live Gold members can download for free in February 2018.

Shadow Warrior, the 2013 remake of the 1997 game made by 3D Realms, headlines the list and is available for the entire month of February on Xbox One. The other Xbox One title is the 2.5D side-scrolling platform game Assassin’s Creed Chronicles: India. The Assassin’s Creed spin-off will be available starting Feb.16 until March 15.

Sega’s arcade and Dreamcast classic Crazy Taxi rounds out the list with fast driving and stunts for simply cash on Feb. 16 until the end of the month. Like past Games With Gold lineups, both Xbox 360 titles can be downloaded and played on Xbox One through backward compatibility.