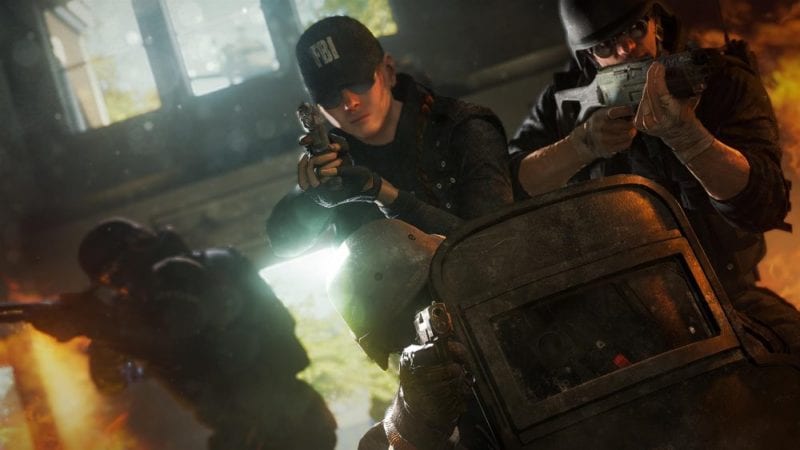 Rainbow Six Siege players have been plagued by a particular exploit that’s been especially frustrating to deal with. It’s been going on for the last few weeks, and yet thus far Ubisoft hasn’t resolved the issue. It’s about one of the operators, Jager, who can be exploited.
Using Jager means you get a shield you can deploy at will. It won’t protect his entire body of course, but you get a considerable amount of protection when using it. If you follow a special order of events, you can actually glitch the shield out so you can put it on top of Jager’s weapon. He gets ultra protection and can shoot through the shield, but he’s protected from enemy fire.
It’s been going on for weeks, and finally Ubisoft is working on a fix that PC players will see deployed in the next week or so. Console players won’t get the patch until the next scheduled update, but it’s good to see PC players are getting the fix as soon as possible to end this annoying cheatfest. The so-called “Jager exploit” is about to get the kibosh put on it, and players can’t wait to see it come to an end.