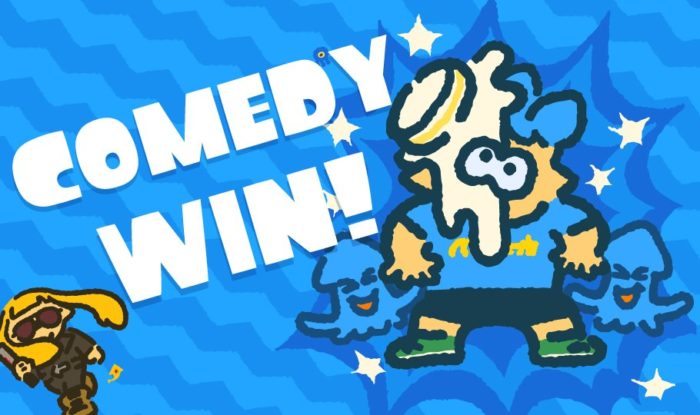 Another day, another Splatfest comes to a close. Splatoon 2’s latest Splatfest asked players what their preferred genre was: Action or Comedy. It was a hard fought battle, but at the end of the day Team Comedy managed to secure the win 2-1. The results were announced on Nintendo of America’s Twitter.

In terms of raw votes, Team Action actually got the most players. But when it came time for the actual matches Team Comedy managed to snag a win by a slim margin, winning at 51% both times. Thus ends yet another if Splatoon’s acclaimed Splatfests.

Splatfests are mass competitions in the game where players are posed a simple question and can choose to represent one of two different teams for their answer. Each decision will also be represented by one of the two hosts of the Splatfest, Pearl and Marina. The teams then battle it out over the coming days with the match results determining which answer is “right”. Just so happens this time around Comedy one, albeit barely.

Splatoon 2 is for Nintendo Switch.