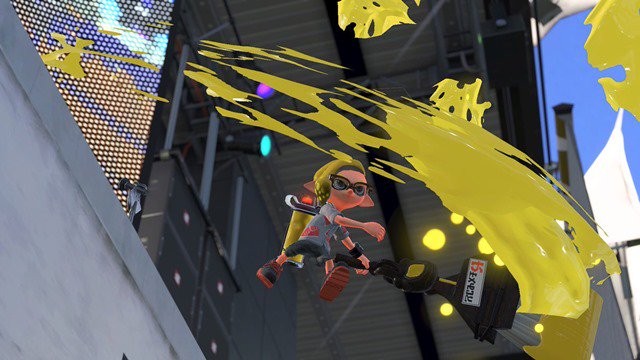 Splatoon 2 is ringing in the new year right, with a new weapon available today called the Octobrush Nouveau. If you were looking for a new way to punish your opponents, the Octobrush Nouveau is the way to do it, a large paintbrush that uses Tenta Missiles as its special and Squid Beacon as its sub weapon. It was released as a reference to the “kakizome,” or the first Japanese calligraphy that is written in the new year, like poems or kanji.

It’s a pretty powerful tool that had both a wide amount of ink at its disposal as well as the ability to completely decimate your opponents and make short work of them. Splatoon 2 continues to roll out new updates and weapons just like this one pretty often, keeping its player base interested and engaged, and it’s paid off for Splatoon fans. Nintendo has also been very invested in games like ARMS, adding a new fighter to the fold recently.

If you’re interested in trying out the Octobrush Nouveau, the weapon should already be live in North America, and will be hitting both Japanese and European versions of the game at 2 AM GMT and 11 AM JST.