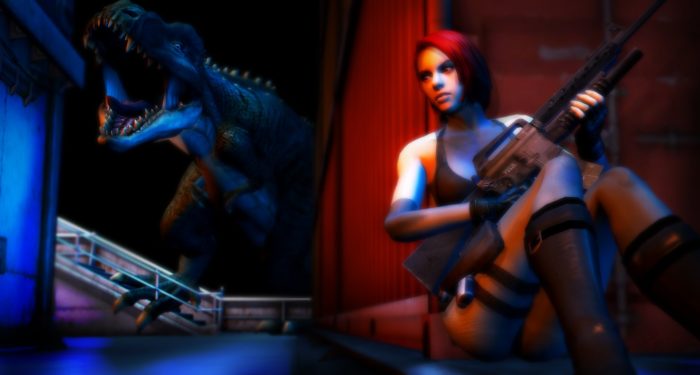 Capcom has recently expressed interest in reviving its dormant survival-horror dinosaur shooter game. Capcom’s Division 1, the team behind games such as Resident Evil and Devil May Cry, said on Twitter that Dino Crisis could make a return “if a lot of people wish.” Capcom said this in response to a query from ResetEra user Jawmuncher who asked regarding the chances of a Dino Crisis comeback.

Capcom’s short reply does not guarantee a revival. Nonetheless, it brings a small ray of hope to fans that they could again see Regina and other characters fight against hordes of raptors and escape from undefeatable T. rexes.

Earlier this year, Resident Evil 7 producer Masachika Kawata told Daily Star there are no conversations at Capcom about bringing back Dino Crisis, but he believes “it would be a really exciting prospect” to see the series running on modern gaming technology. With Capcom recently reviving dormant franchises and making bold moves, one can only hope this includes Dino Crisis. Notable strides by Capcom includes bringing Monster Hunter back to consoles with Monster Hunter World, reinvigorating zombie game Resident Evil 7 with a new cast of characters and a first-person perspective, and celebrating the Blue Bomber’s 30th anniversary with Mega Man 11.

Created by Shinji Mikami, the first Dino Crisis launched way back in 1999 and endeared dinosaur fans with its survival horror aspects and clunky tank controls similar to Resident Evil. The last major release was in 2003 with Dino Crisis 3. Since then, Capcom has been mum on reviving the IP, with Capcom saying in 2010 that there was no “burning desire” to revive the franchise.