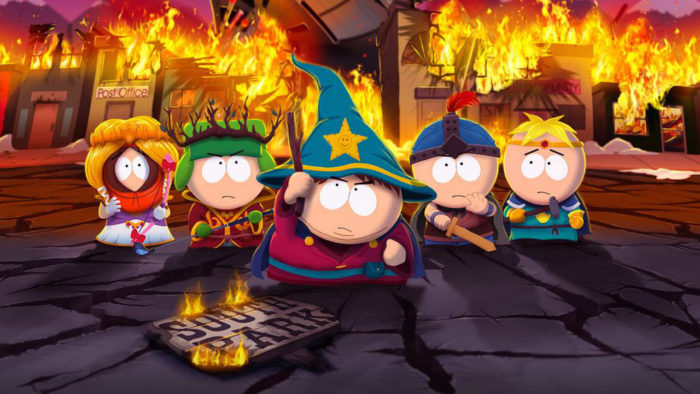 South Park: The Stick of Truth is on its way to current generation consoles. The turn-based RPG developed by Obsidian Entertainment was not the first licensed title based on the animated series by Trey Parker and Matt Stone, but it was the first South Park game that had the heavy involvement of Parker and Stone in the writing.

The Stick of Truth was popular enough that it received a 2017 sequel, South Park: The Fractured But Whole. Players who pre-ordered the new game received The Stick of Truth as a bonus, but publisher Ubisoft will have the game available standalone for PlayStation 4 and Xbox One starting Feb. 13.

Like its eventual subsequent installment, The Stick of Truth had visuals that looked like it was pulled straight from the television show itself, resembling the paper cutout-like animation that has been iconic for the past couple of decades. The game’s premise had the South Park characters role-playing as high fantasy characters, fighting to control the titular “Stick of Truth.” The game had a tumultuous development period, with original publisher THQ going bankrupt, and development of the game being delayed constantly to a full year. Still, the game’s humorous script and its Paper Mario-like RPG gameplay mechanics received praise from critics and players alike.

The game was significant for requiring Parker and Stone to think about the geography of the town of South Park, creating the familiar but somewhat disconnected world from the show into a full, open video game world. Ubisoft San Francisco took over development for the sequel, using the same map and visuals, while introducing new gameplay mechanics and pulling from the show’s recent superhero parody episodes.