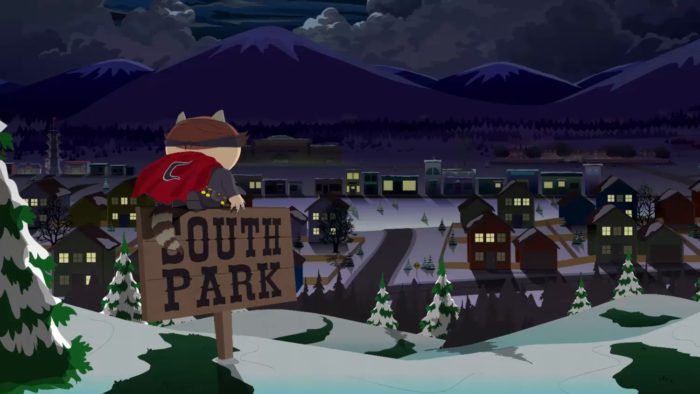 South Park: The Fractured But Whole on PlayStation 4

The biggest and best change in South Park: The Fractured But Whole is the shift to a more tactical role-playing game style (TRPG). While there was nothing wrong with the combat in The Stick of Truth, Ubisoft and South Park Digital Studios decided to go in a different direction anyway to further immerse players and blur the lines between video game and TV show even more. The TRPG combat in The Fractured But Whole is among the most fun and fast-paced that I have ever played in the genre. It will feel overly simplified to veterans of this style of RPG, but a ton of filler that slows things down is thrown out in exchange for sacrificing a little bit of high-strategy. You don’t need to consider anything like your elevation, nor do you need to march across a giant map. The battle starts, and instantly you’re in the fray. Everything is very streamlined.

Don’t call the Fractured But Whole not strategic because of that, however. There is a ton of variety in terms of party composition, battle scenarios, status effects, and a diverse cast of enemy combatants. I found myself constantly switching out different party members depending on the types of enemies I was going to face. Main scenario missions would frequently feature rare boss-type enemies which would force me to come up with a new strategy on the fly. Your character, The New Kid, has the ability to wield multiple different classes, essentially giving you the flexibility to create your own class to fit your play style preference. Given the abundance of high quality front-line fighters I opted for a long-range support class that could confuse, build turrets, and fire lasers from across the map. All of the kids have their own classes as well, with their own unique ultimate ability. It’s just as wonderful to watch as it is to play, as each use of an ultimate is accompanied by a dramatic cutscene. My personal favorite was The Coon’s ridiculous cutaway to him being featured on the cover of magazines and speaking on talk shows before unleashing a flurry of claw attacks on all enemies.

The animation in South Park: The Fractured But Whole is incredible, which if you played Stick of Truth isn’t surprising. It truly feels like you’re controlling your very own episode of South Park and it’s an experience unlike any I’ve had in video games. The voice acting is top notch, and the jokes are non-stop. It’s jam packed with references to the show and if you’re someone like myself who has watched every episode about 30 times, you’re going to have a constant smile on your face as you do things like assemble the components to create a macaroni picture to summon Moses, or having the ability to stop battles on a dime to check an enemy’s microaggressions for PC Principal.

The story, an absurd conflict between two rival child superhero groups fighting over who will have the more successful extended universe franchise, does what most South Park story lines do, it devolves into something greater than the children themselves unbeknownst to them (or they realize and just don’t care). Despite major criminal activity going on all around them, for most of the story they are primarily concerned with collecting the $100 reward for a missing cat, and getting The Coon’s Netflix series green lit. Every minute of South Park: The Fractured But Whole is filled to the brim with silliness like that and references from the show I mentioned earlier. It’s an absolute joy to play through.

That said, the game overdoes it with the fart jokes to the point of becoming unfunny. I mean, if you can’t get enough fart jokes, then you’re in for a treat, but I certainly had my fill for a lifetime playing through The Fractured But Whole. That goes for the overall humor as well. This will probably be obvious to anyone reading this, but it’s still worth mentioning. If you don’t like South Park’s brand of humor, playing through The Fractured But Whole is probably going to be a traumatic experience for you. It’s an extra long episode of South Park that’s even more unrestrained than usual as it’s free of whatever few shackles Comedy Central keeps on the TV show. I don’t want to ruin anything for anyone, but I had to pick my jaw up from the floor while watching a scene with The New Kid and two Catholic Priests locked in a room. Yeah… if you’ve ever watched South Park, you can probably figure out where creators Matt and Trey went with that one.

While the story, humor, and combat are fantastic, there are some aspects of South Park: The Fractured But Whole that can get grating aside from the fart jokes. There is a rather detailed and demanding crafting system in place that allows the player to create a whole bunch of stuff ranging from consumables, equipment, and new costumes. The problem with it is that to properly take advantage of it, you need to constantly be searching your environment. Almost everywhere you go has places you can search for crafting materials, but excessively so to the point where it started to feel like a chore. After a while I just stopped caring about making sure I could craft anything/everything I wanted because I didn’t want to be bothered to search a bunch of random lifeless rooms everywhere I went. I just wanted to get back to the story and jokes.

The side quests are also lifeless in terms of structure. Don’t get me wrong, they are worth completing because they are packed with more hysterical South Park cutscenes to watch, but they are rarely anything more than fetch quests and/or a battle or two. Just a means to an end which is being able to see a few more jokes.

Both side quests and the main missions will task you with moving all around South Park which is extremely clunky in nature. Although there is a fast-travel system, the stations aren’t that plentiful. You’ll be doing a lot of just walking around which gets a little frustrating because it isn’t always easy to tell what direction you need to go in, and where the zones link.

There are also a lot of barriers that you’re supposed to go back and revisit Metroidvania style once you unlock new field (non-combat) abilities such as time farts and buddy powers. But until you do, you’ll think you’re going the right way only to be shut down with a barrier and then have to take a walk of shame back around at least a few times. The time farts and buddy powers vary your time exploring South Park a little bit as they are used to complete various puzzles throughout the game. They are quite light, and you shouldn’t find yourself stumped for too long. All of this sums up to be nothing special. Exploring is clunky, but not that bad, and the puzzles are fine, but nothing special. Again, just a means to an end.

Despite some noticeable issues, South Park: The Fractured But Whole is a must-play for fans of South Park. There’s no experience like playing through a massive episode of South Park where the hero of the story is you. The superhero angle really lands, and is an excellent wrapping for the story this time around. It’s obviously not going to be for everyone, and while the combat is great, it’s not revolutionary enough to convince someone that despises South Park to set it on mute and play it anyway. That said, there aren’t going to be that many people that are on the fence with a game like this. If you watch South Park and like video games, than the Fractured But Whole should is a no-brainer pick up.