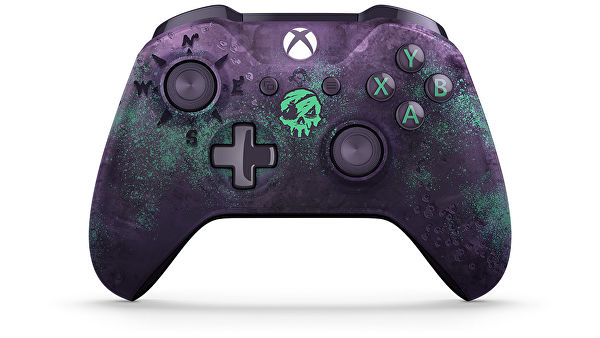 Microsoft today revealed that Rare’s upcoming pirate adventure title, Sea of Thieves, is getting a custom Xbox One controller in celebration of its release.

Pictured above, the controller really gets into the pirate and swashbuckling vibe, with compass points surrounding the left analog stick, a glow-in-the-dark pirate skull in the center of the controller, a single golden trigger, and “laser-etched barnacles.”

The Sea of Thieves Xbox One limited edition controller is available to pre-order direct from the Xbox website now, and will be available on Feb. 6 in the US and Feb. 15 in the UK, over a month prior to the game’s official release. The MSRP is currently set at $74.99 for the controller.

Sea of Thieves will see players venture across the seas as a band of pirates, exploring uncharted territory, uncovering treasure, and of course, fighting against other wannabe pirates on the high seas. Sea of Thieves will release exclusively on PC and Xbox One on March 20.