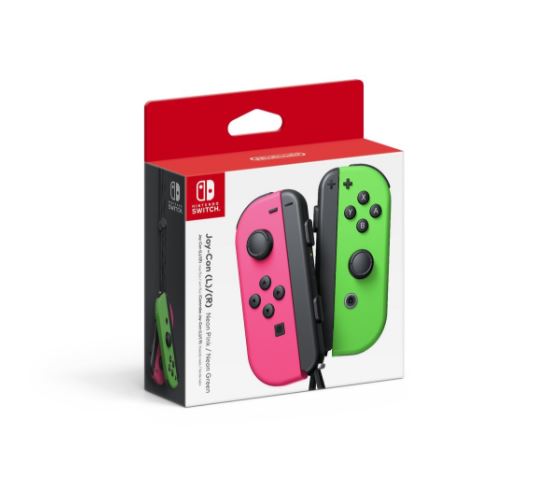 Nintendo Switch owners in the United States are about to get new Joy-Con controller options without having to purchase an entirely new system. Previously only available as part of Splatoon 2 Switch bundles, neon pink and neon green Joy-Cons will be sold separately from bundles starting later this month.

“Keep your #NintendoSwitch looking fresh when you play #Splatoon2 with these new Neon Pink and Neon Green Joy-Con controllers!” Nintendo tweeted earlier today. “Look for them in stores later this month.”

Nintendo launched the Splatoon 2 Switch bundle as a Wal-mart exclusive in September 2017 to spur sales of Switch and Splatoon 2, which released on March 3 and July 21, respectively. The console holder sold the controller variants by themselves in Japan and Europe, but not in the United States.

Nintendo didn’t announce a price for the green and pink Switch controllers, but most existing colors retail for $79.99 for the left and right Joy-Cons bundled together or $49.99 for one or the other.

Speaking of left and right, Nintendo’s tweet shows the left controller as pink and the right as green, which is the opposite setup of Splatoon 2 Switch bundle Joy-Cons.