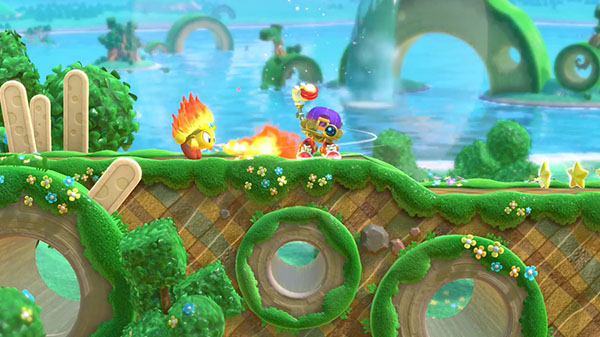 Kirby is rounding up his friends for the upcoming Kirby: Star Allies on Nintendo Switch, and there sure are a lot of them! But then Kirby’s always been around friendship and other versions of himself, as evidenced with the recent Kirby: Battle Royale. Kirby: Star Allies will gather all of Kirby’s acquaintances with their own special abilities to help him along the way.

There’s a new trailer straight from the World Hobby Fair Winter 2018 exhibition that shows off some of the friends Kirby’s bringing along for the ride, as well as their special abilities :