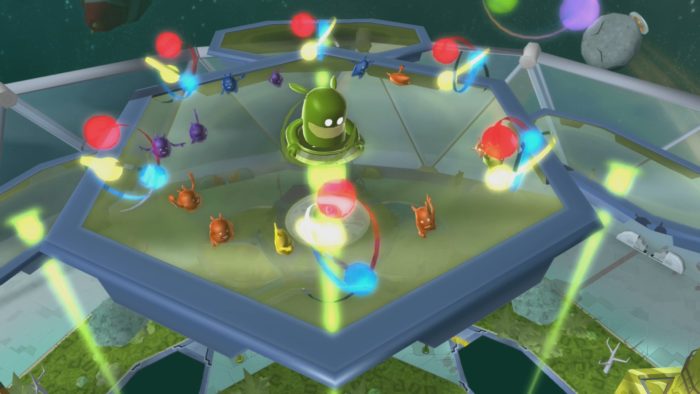 de Blob 2 is officially coming to Xbox One and PlayStation 4 this February, so the cat’s out of the bag now. THQ Nordic has announced a console release for the sequel to the colorful platformer, and it’s on its way out to players everywhere.

The sequel follows Blob himself as he works to thwart Comrade Black and take back Prisma City from the villain and his henchmen. It takes place a few years after the end of the original de Blob, tasking players with joining the big Color Underground rebellion group so color can be returned to the world.

There are 12 different single-player story missions, split-screen co-op missions, and plenty of other new additions to the game to make it worth your while to go back to the game if you’ve already experienced it. Plus, the game looks better than ever given the fact that it’s finally on current-gen systems, which is a much-needed update for de Blob 2.

It’s possible this could mean there’s interest in bringing the series back with a third entry, depending on how this remake does. We’ll have to wait and see what ends up happening, but pick this up if you want to see more, just to be safe.