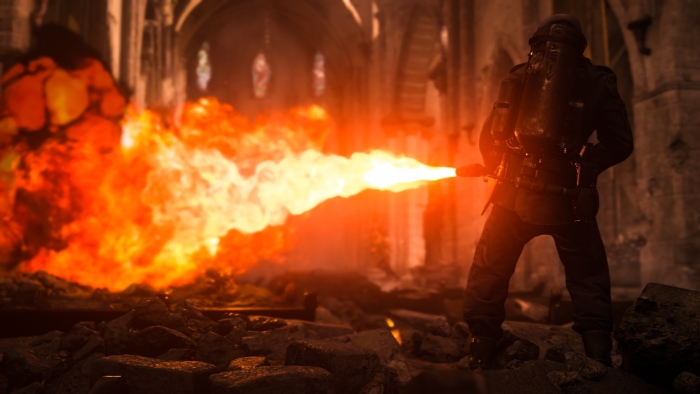 The next Call of Duty: WWII Nazi Zombies map is The Darkest Shore, and there’s finally a new trailer for us all to ogle and unpack before the DLC pack releases later this month. The new chapter finds your Nazi Zombie-slaying heroes stranded on an island simply chock-full of zombies, with Marie, Drostan, Olivia, and Jefferson having received word that Dr. Peter “Glucksbringer” Straub is around somewhere.

So you’ll need to fight off the new zombies and return power to the island all the while looking around for the “good” doctor. That’s all coming up in the new map, which comes in the new The Resistance DLC, including multiplayer maps Valkyrie, Anthropod, and Occupation. There’s also a new War Mode mission called Operation Intercept. You only need to wait until Jan. 30 for the new DLC drop when it lands on PlayStation 4. After the 30-day exclusivity period ends, it’ll be up for grabs for Xbox One and PC owners as well.

Check out the new trailer below and see what you think. It looks like an appropriately creepy addition to the Nazi Zombies mythos.