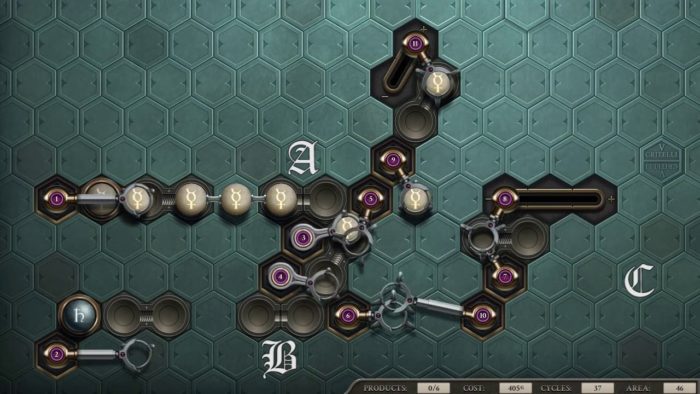 Zachtronics, aka Zach Barth, best known for his indie cult hit puzzler Opus Magnum, has found himself making headlines this week. It started on January 5, when he posted on Twitter that he had no idea why Opus Magnum wasn’t on GOG. Barth emailed the video game distributor asking why his game was rejected from the Polish site. He posted the response on full via Twitter.

“As for the official statement – the only thing we would be ok with sharing, is that Opus Magnum did not pass our internal curation system,” an unnamed spokesperson from the company says. “We rarely ever want to share any details on the actual system and how it looks like and what it means, because it’s just too individual; we take into consideration many other factors than just the actual game itself – the reviews we provide for example do not review the game in general; so like an objective game review like on PC Gamer or what not – but we do it from the angle of our entire user-base.”

That is the only public statement the company has made regarding Opus Magnum. When PC Gamer reached out to the company, they simply said they “don’t want to comment further on it.”

What makes this story so interesting however is that Opus Magnum is a popular, well-reviewed game. Three critical reviews on Metacritic rate it 95, 91, and 86, respectively. Of its 941 reviews on Steam, it currently sits at “Overwhelmingly Positive,” the highest rating possible. If it’s not the quality of the game GOG is concerned about, what’s holding them back? Barth, for his part, said he would still like to have Opus Magnum on GOG one day.

This is not the first time GOG’s refusal of game has gone public. Indie cyberpunk RPG Dex was denied a listing on the site multiple times in 2015, alleged developer Dreadlocks. “Sadly, the GOG team has refused to release Dex on GOG,” the team said on Kickstarter, “claiming mixed reviews as one of the main reasons.” At some point something changed however, as Dex is now available to purchase from the site.

GOG is arguably Steam’s biggest competitor, and the two companies have a very different way of operating. Whereas Steam allows just about anything on its store page, including games once using stolen assets and alleged homophobic/racist games, GOG has a very strict curation process. While one could say GOG has its fair share of shovelware, it’s hard to argue that it’s not a much cleaner, better maintained seller.

Some gamers are undoubtedly willing to accept the occasional collateral damage if it means higher quality overall. And as we saw with Dex, there’s nothing saying Opus Magnum or any other game possibly wrongly refused service won’t end up on the site eventually.